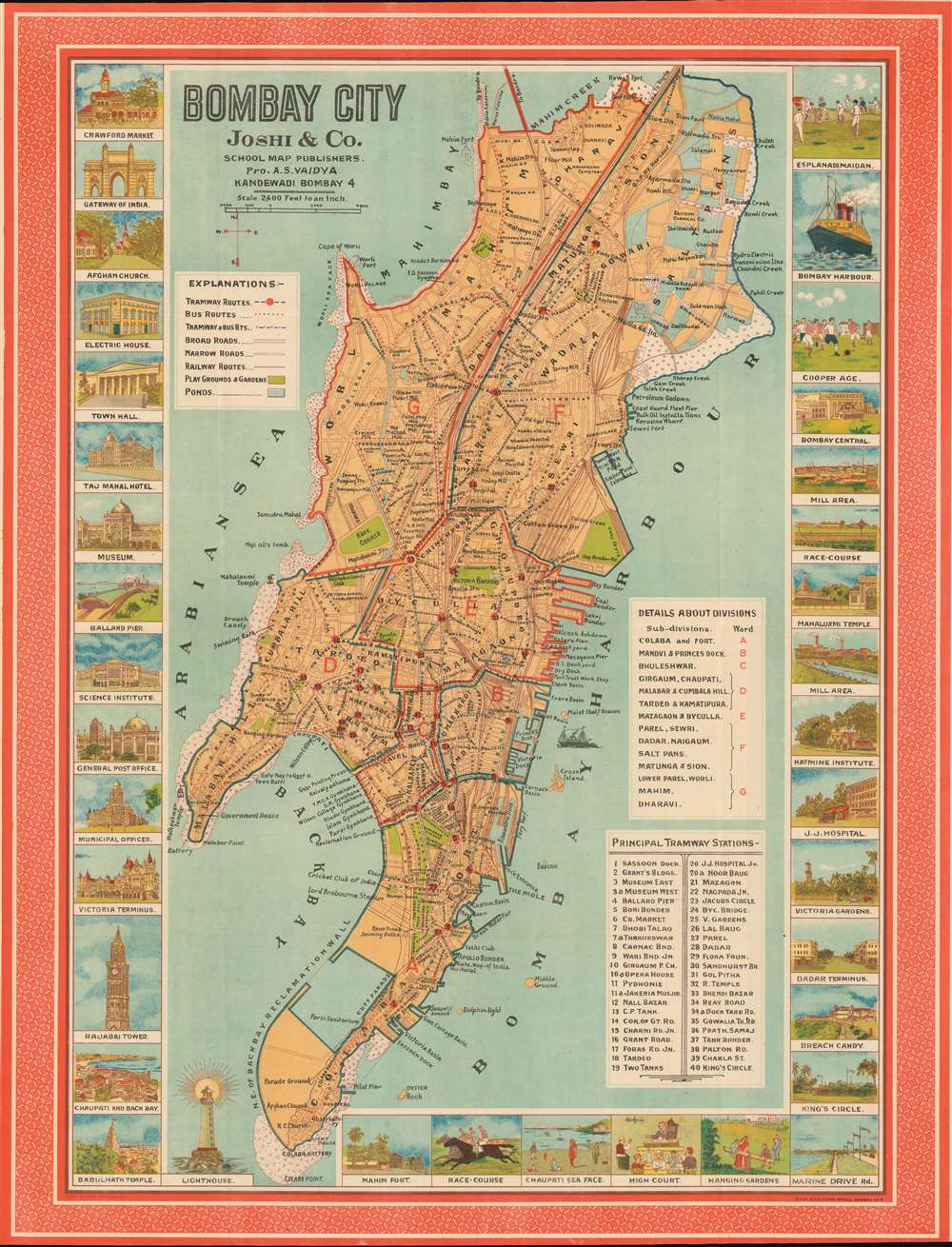 This is a c. 1940 Joshi and Company city plan or map of Bombay (Mumbai), India. Depicting the city from the Arabian Sea to Bombay Harbor and from Mahim Creek to Colaba Point, districts and neighborhoods are labeled throughout Bombay. Myriad locations are identified, including temples, hospitals, and mills. Areas shaded blue and green within the city represent ponds and gardens, respectively. The city's tram and bus routes are illustrated as well, with forty tramway stations listed in a table in the lower right corner. These stations are marked by the corresponding number on the central map. Pictorial views of sites around the city are included along the left, right, and bottom borders and include views of the Taj Mahal Hotel, the museum, the Science Institute, Victoria Gardens, and the racecourse.

This map was created by Joshi and Company and published c. 1940. It was printed by the Shri Sidh Litho Works in Bombay.

Joshi and Company (fl. c. 193x - 196x) was a map publishing firm based in Bombay, India. Per their 1940s map of Bombay City, A.S. Vaidya was the proprietor and the operated out of Kandewadi Bombay 4. Their maps were frequently printed by the Shree Sidh Litho Works.


The Shri Sidh Litho Works (fl. c. 193x - 195x) is a lithographic printing company based in Mumbai. Little is known about the firm, other than it printed many Joshi and Company maps during the 1940s and 1950s.