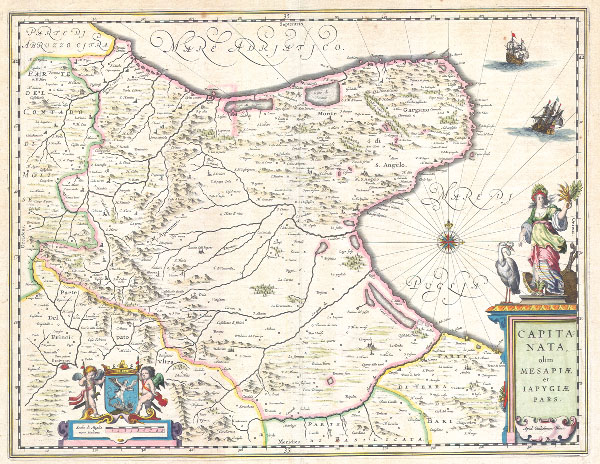 This is a magnificent c. 1630 map by Willem Blaeu represents the Capitanata or Puglia Tableland in eastern Italy. This area is often associated with the 'spur of the boot.' This highly decorative map in a fine example of the Blaeu style with multiple decoratie cartouches, sailing ships navigating the sea, and beautiful attention to detail. Principal cities depicted are Foggia, Cerignola, Benivento, Andria, and others.

Fine or perfect condition. Original fold, as issued. Hand color. Plate-mark visible. Text on verso.
Looking for a high-resolution scan of this?