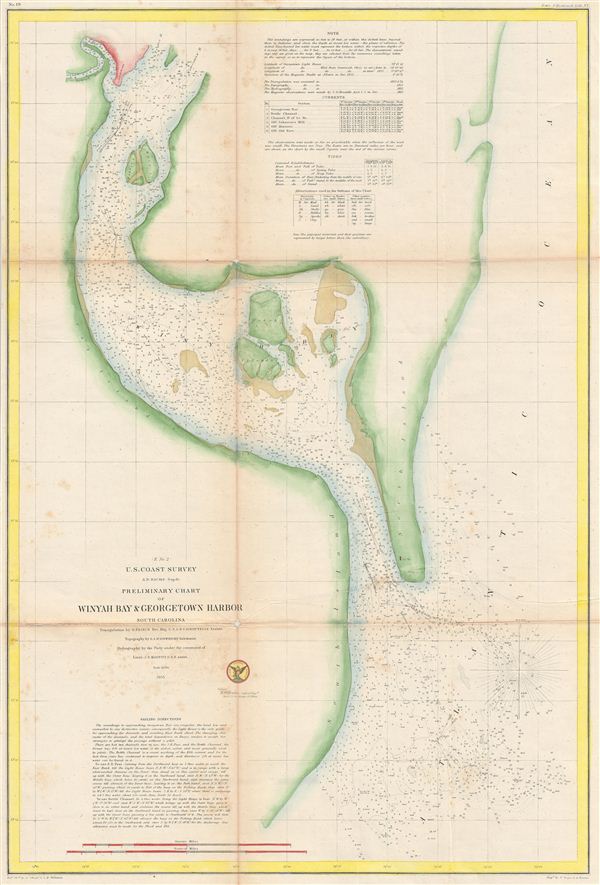 An uncommon example of the 1855 U.S. Coast Survey nautical chart or maritime map of Winyah Bay and Georgetown Harbor, South Carolina. The map covers from Gerogetown to South Island and is centered on Winyah Bay. As a nautical map it further includes countless depth soundings (in feet) and a wealth of practical information for the mariner. The triangulation for this map was completed by C. O. Boutelle and H. Prince. The hydrography was accomplished by a team under the command of J. N Maffit. The whole was compiled under the direction of A. D. Bache, one of the U.S. Coast Survey's most influential and prolific superintendents, for issue in the 1855 annual report to Congress.

Good. Discoloration along original fold lines. Some foxing and verso repairs. Backed with archival tissue for stability.
Looking for a high-resolution scan of this?