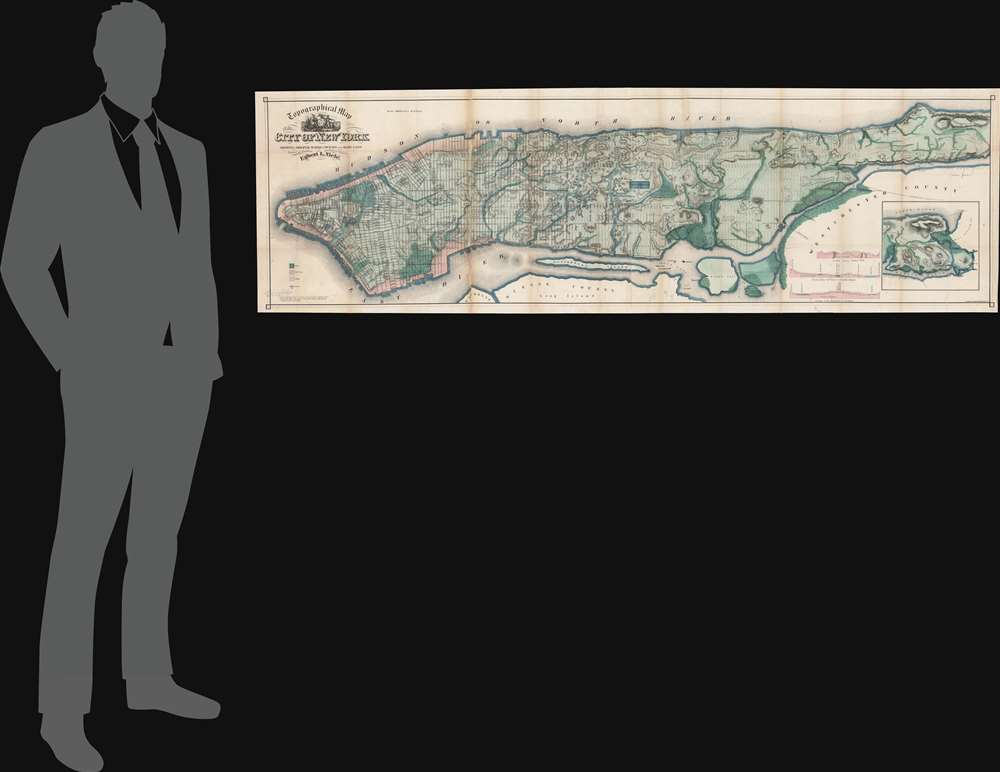 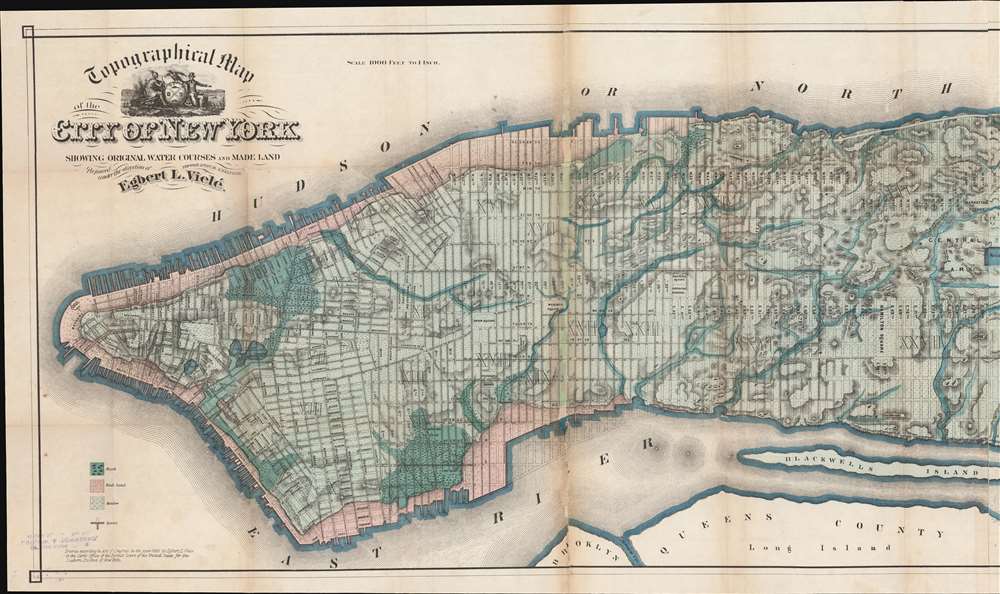 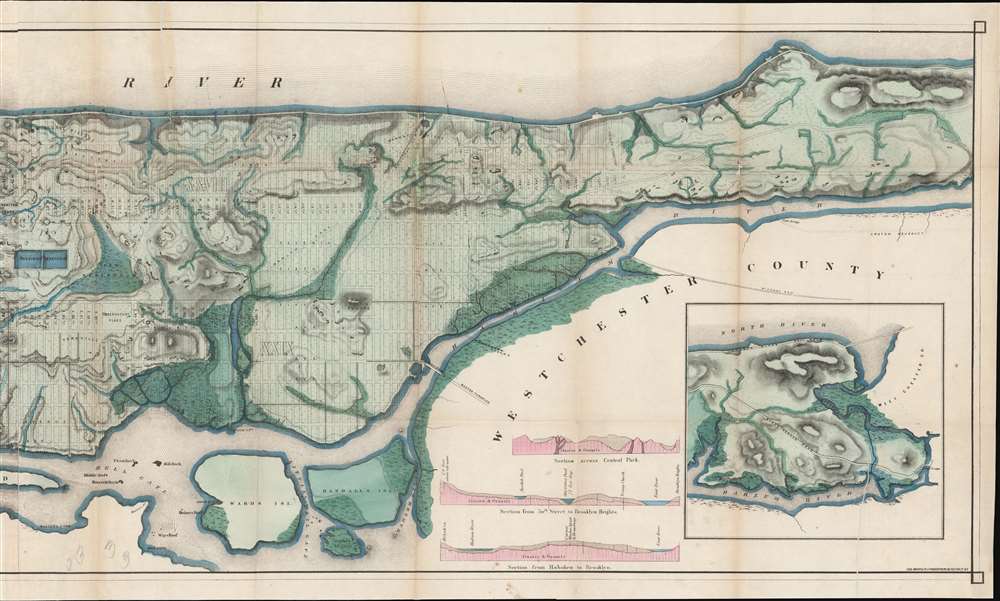 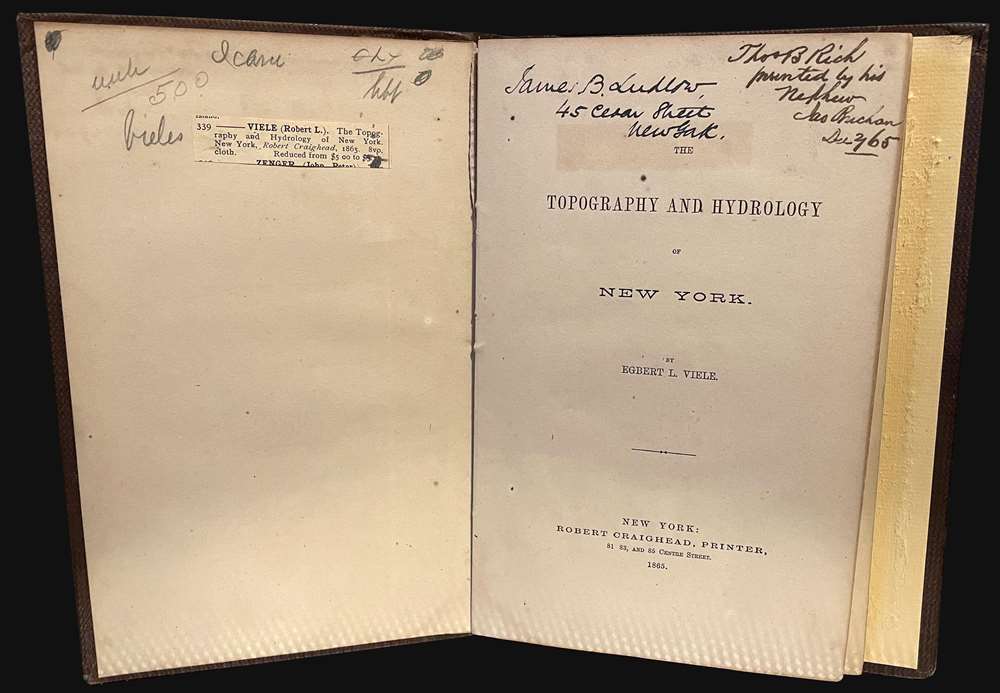 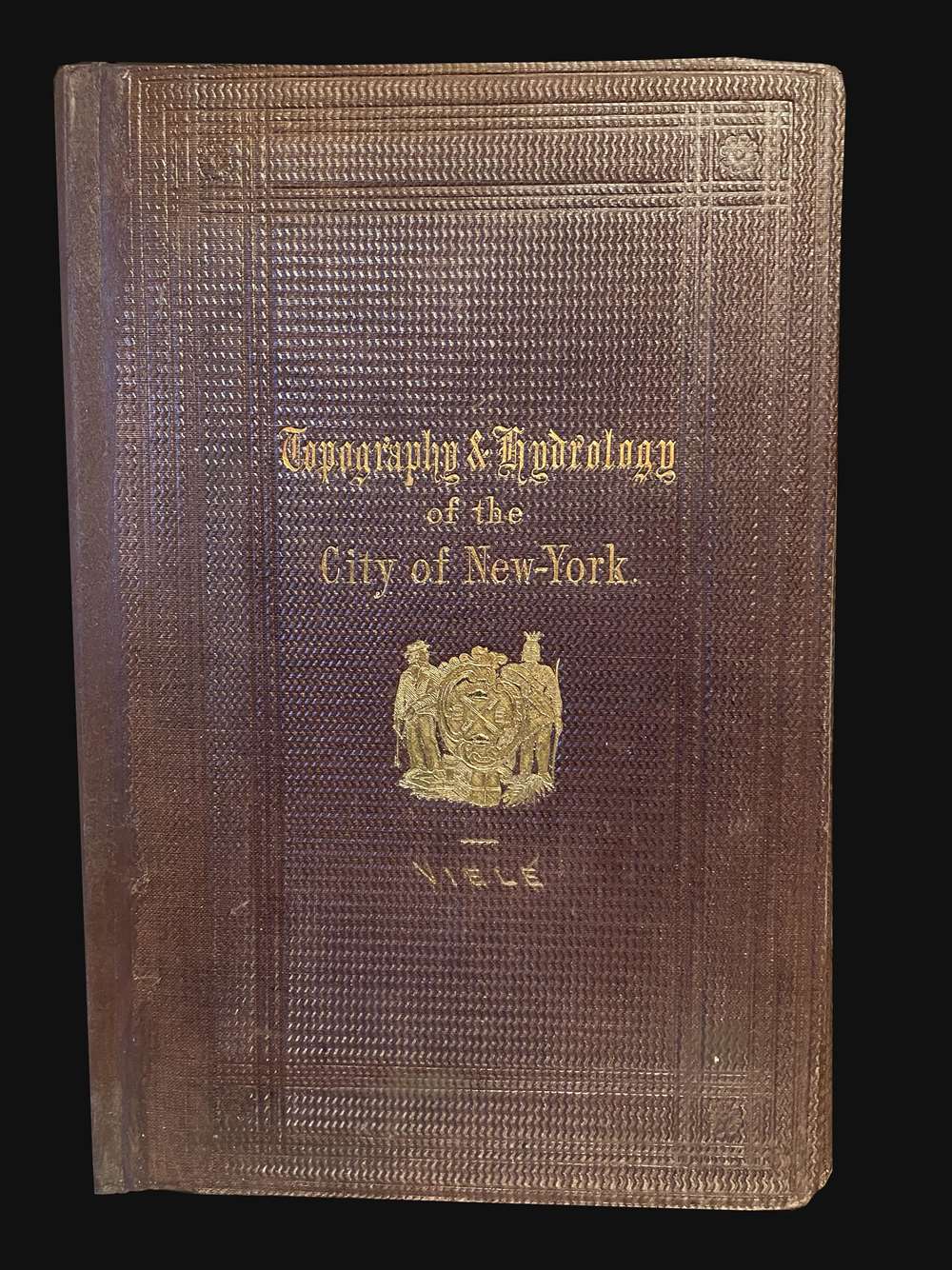 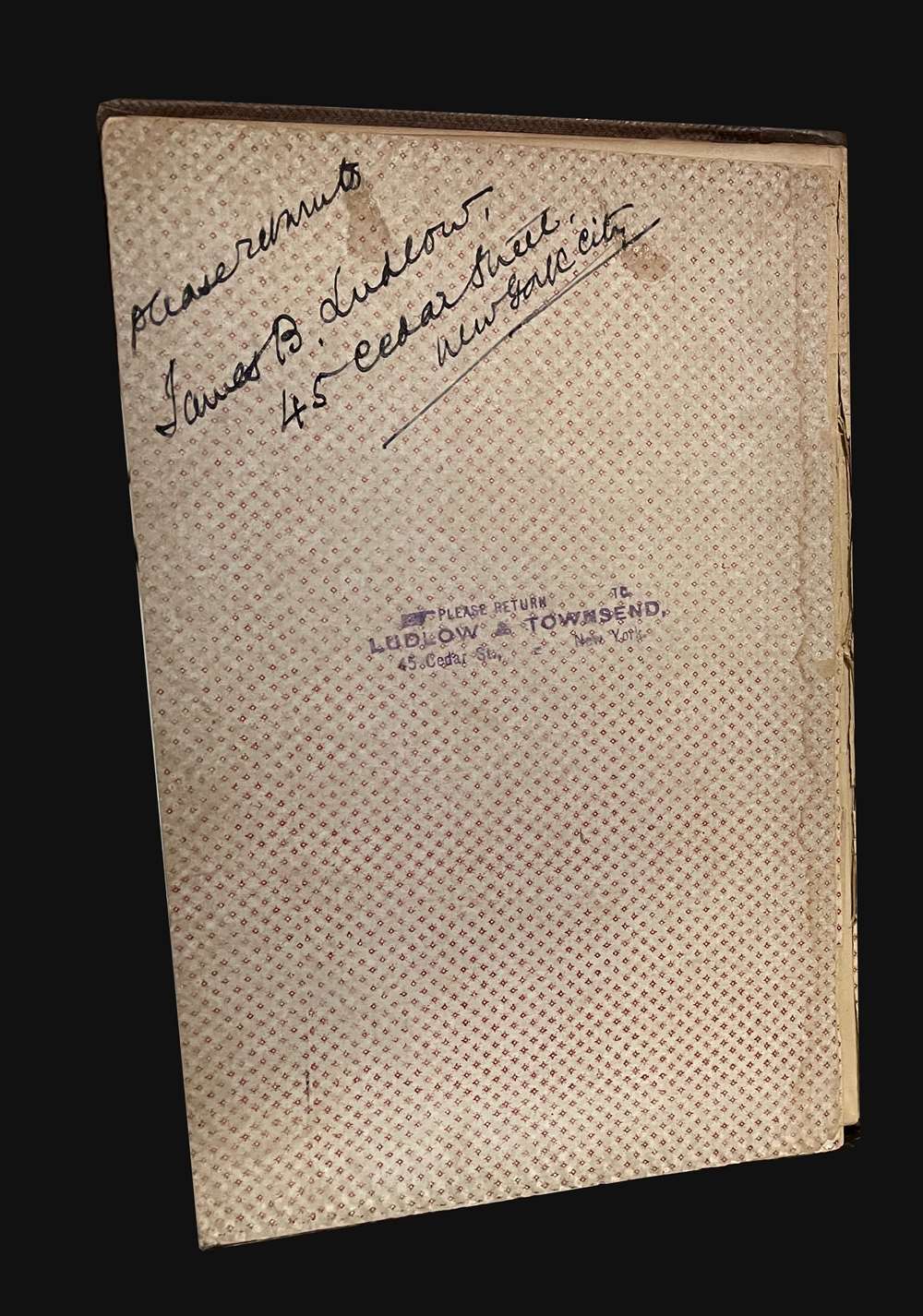 One of the most beautiful, important, and enduring maps of Manhattan ever published.
$8,000.00

This is a very beautiful and fine example of Egbert L. Viele's 1865 topography and waterways map of Manhattan, one of the scarcest, most important, and most enduring maps of New York City ever published. Covering the entirety of Manhattan Island, Viele's map details the canals, swamps, rivers, ditches, ponds, meadows, and drainage basins of Manhattan as they existed prior to the city's urban development. A version of the Viele map remains in use today by architects and contractors who need to be certain they are not building over underground rivers and swamps that may destabilize a new construction's foundation.

Roughly translated 'Manhattan' is an American Indian term meaning 'Island of Hills'. The American Indians living in the region prior to the Dutch settlement of Manhattan treated the island as a huge hunting and fishing reserve full of trout streams, bass swamps, and sunfish ponds. Viele contended that as streets and buildings were constructed the city's natural drainage retreated underground where, stagnating, it led to a 'humid miasmic state of the atmosphere' conducive to yellow fever, malaria, plague, and other epidemic illnesses.

Viele dedicated nearly 20 years to researching and perfecting this masterpiece of cartography. The basic map and above ground topography of the Viele map is drawn from John Randel's surveys of 1807 and the Commissioner's Plan of 1811, which formally laid out New York City's grid system. Viele then used early survey work, new survey work, and studies of older maps to recreate Manhattan's water system as it must have existed when the first Dutch settlers built a fur trading post at the southern tip of the island. Viele presented an unfinished early state of his map, covering only lower Manhattan to the New York State Senate in 1859, claiming,

The Sanitary condition of any city or district or country is intimately connected with its proper drainage . . . that any inquiry into causes or remedies for sanitary evils . . . shall be based upon a thorough knowledge of the topography of the island.

It took another six years of meticulous study to produce the final product – this extraordinary achievement.

A Most Enduring Legacy

Although Viele may never have imaged his map's most important legacy would be as a construction aid, architects, engineers, and contractors were quick to grasp its usefulness. Paul Starett, who built the Empire State Building and Stuyvesant Town, used this map to prepare estimates of construction costs. Melvin Febish, part of the team constructing the Citicorp Center, 'found that it is accurate within feet'.

The map bears signatures and stamps associating it with James. B. Ludlow, a Harvard graduate and New York Lawyer and one of the wealthiest landowners in turn-of-the-century Yonkers. His firm, Ludlow and Townsend, located at 45 Cedar Street, was prominent in real estate law, making this map especially pertinent to their work.

This edition of Viele's Topographical Map of New York City was issued with his manifesto calling for future city development to take natural waterways and drainage into account when planning expansion. A separate issue, with a longer title, Sanitary and Topographical Map of the City and Island of New York appeared as a stand-alone map. Haskell, in his cartobibliography of Manhattan maps, for some reason identifies this map as being issued in 1864, but no known example exists from that date, nor are there any recorded copyrights on this map from 1864. The first complete editions were issued in 1865. There were, it is noteworthy, several variants issued simultaneously in 1865, all of which might reasonably contend for the title of first. These include a pocket format version and a variant issued for Viele's book on sanitation (this example), both of which were printed on banknote paper. There is also an edition printed on heavier paper for the official presentation. Cartographically all three editions are identical, but all have slightly different titles. Engraved by Ferdinand Meyer Lithographers of 96 Fulton Street, New York. This map has become increasingly rare on the market.

Very good. Laid on archival tissue. Area of infill, left center. Accompanied by original binder, which as had its spine replaced.