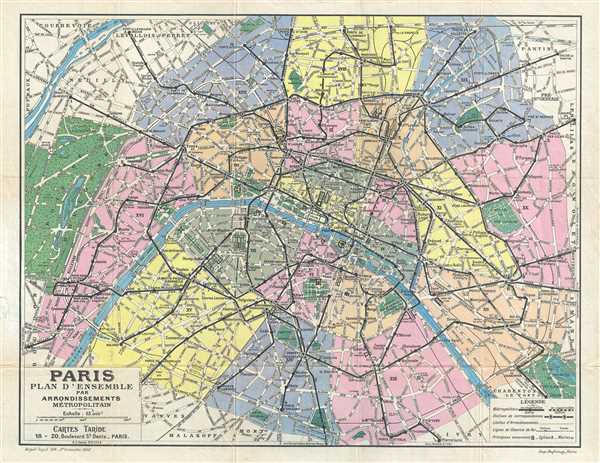 This is a beautiful 1947 Plan or Map of the city of Paris, France by the Taride firm. The map, centered on the Seine River, covers the heart of modern Paris from the Bois de Boulogne in the west to the Bois de Vincennes in the east. Although ostensibly designed as a subway map, this map offers much more, with important buildings and monuments identified. Individual streets, parks, rivers, railway stations and bridges are also noted, with the city color coded according to its arrondissements. Paris itself is set as if in a verdant garden surrounded by the Bois de Boulogne in the west, the Bois de Vincennes in the east and various suburban villages. The map was printed by Dufrenoy and issued by the Cartes Taride firm in 1947.