1827 Vandermaelen map of Eastern Iran and Part of Afghanistan 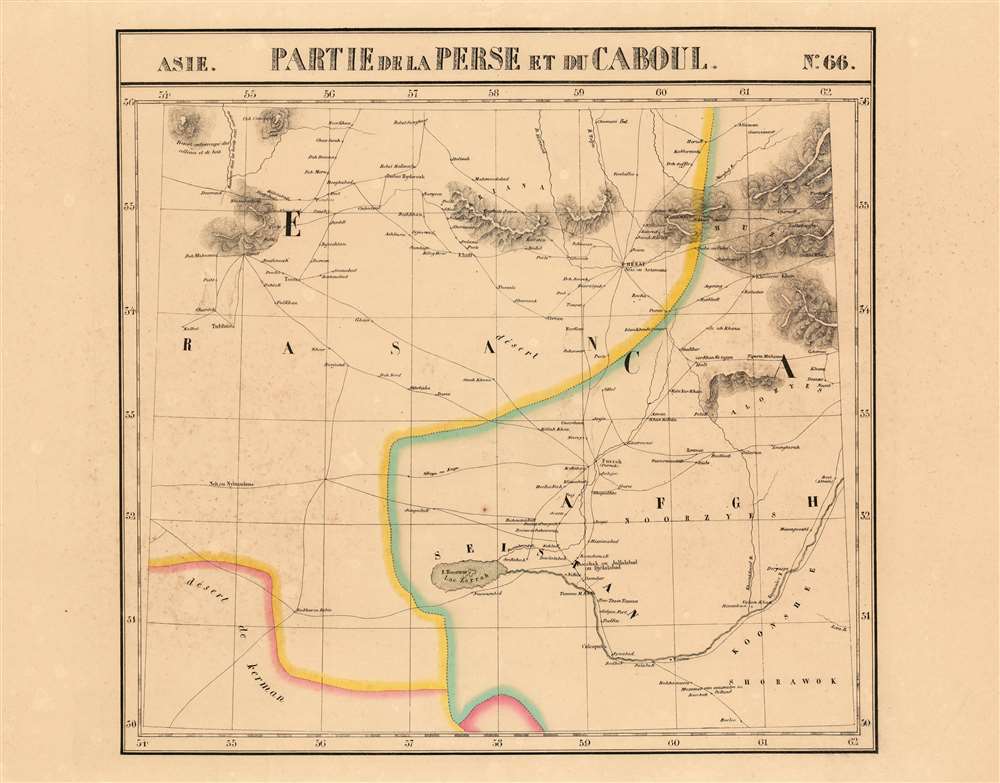 1827 Vandermaelen map of Eastern Iran and Part of Afghanistan

This is the 1827 Vandermaelen map of the eastern deserts of Iran and the Western part of Afghanistan. It is the first large-scale atlas map to focus on the area, and the first to be executed in lithography. The map's detail - drawn from the first-hand exploration of John Macdonald Kinneir on behalf of the British East India Company - would not be improved upon until the First Anglo-Afghan War. The Iranian cities of Tabas and Torbat Heydariyeh appear in the northern part of the map. The Helmand River - here using its ancient name Etymander - is shown running through southern Afghanistan westward from is source in the Hindu Kush to the endorheic Sistan Basin. The Afghan cities of Farah and Herat appear, among many others. Tribal regions of the Ariana, the Alozyes, Noorzyes, Koonshee and Shorawok are all marked as well.