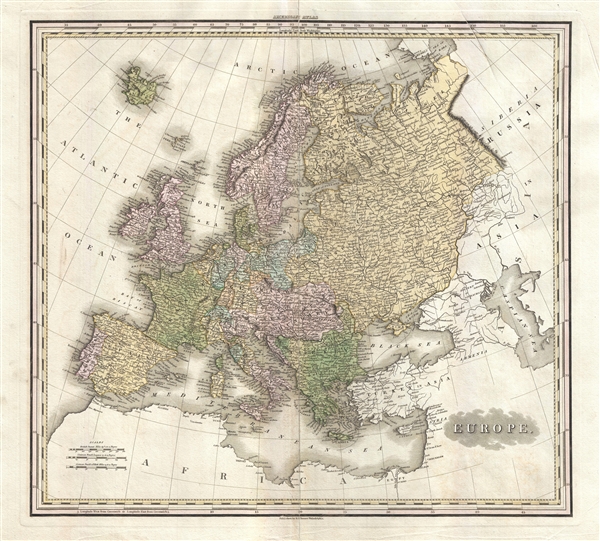 Tanner's map reveals Europe as it coalesced roughly 10 years after the close of the Napoleonic Era.
$425.00

A fine example of H. S. Tanner's impressive 1825 map of Europe. The map covers all of Europe from the Arctic Ocean to the Mediterranean and from the Atlantic to the Ural Mountains. The finally engraved images unveils Europe as it coalesced roughly 10 years following the Napoleonic Wars. Finland and the eastern part of Poland have been absorbed into a sprawling Russian Empire. Ottoman influence extends to Wallachia and western Moldavia. Italy has yet to begin its struggle for national solidarity and remains divided into small kingdoms and city-states. The present example is from the scarce 1825 2nd edition of Tanner's iconic New American Atlas.

Very good. Some old printer creases in the upper right. Original centerfold exhibits wear and is reinforced on the verso.