1926 Bach Map of the Philippines 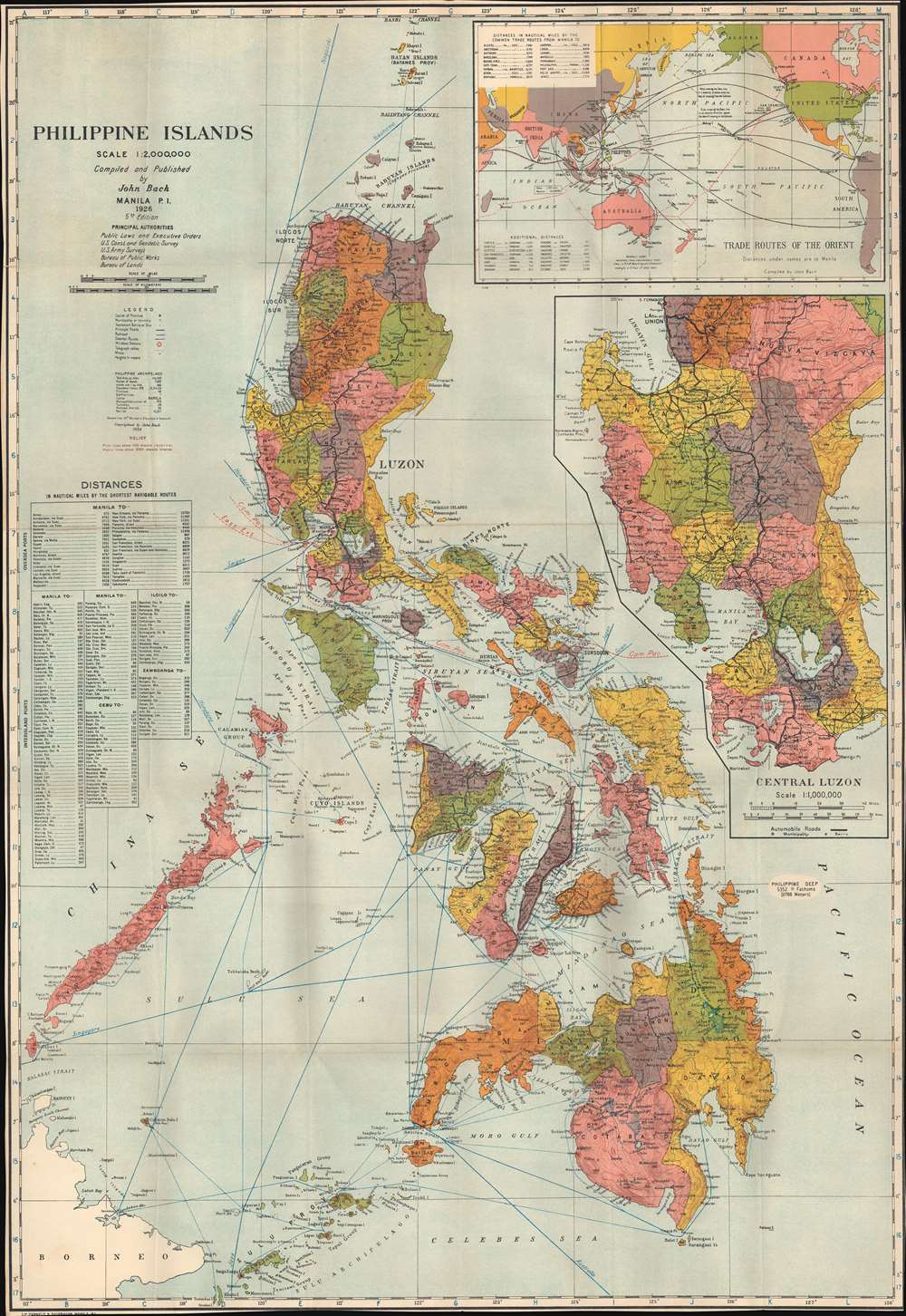 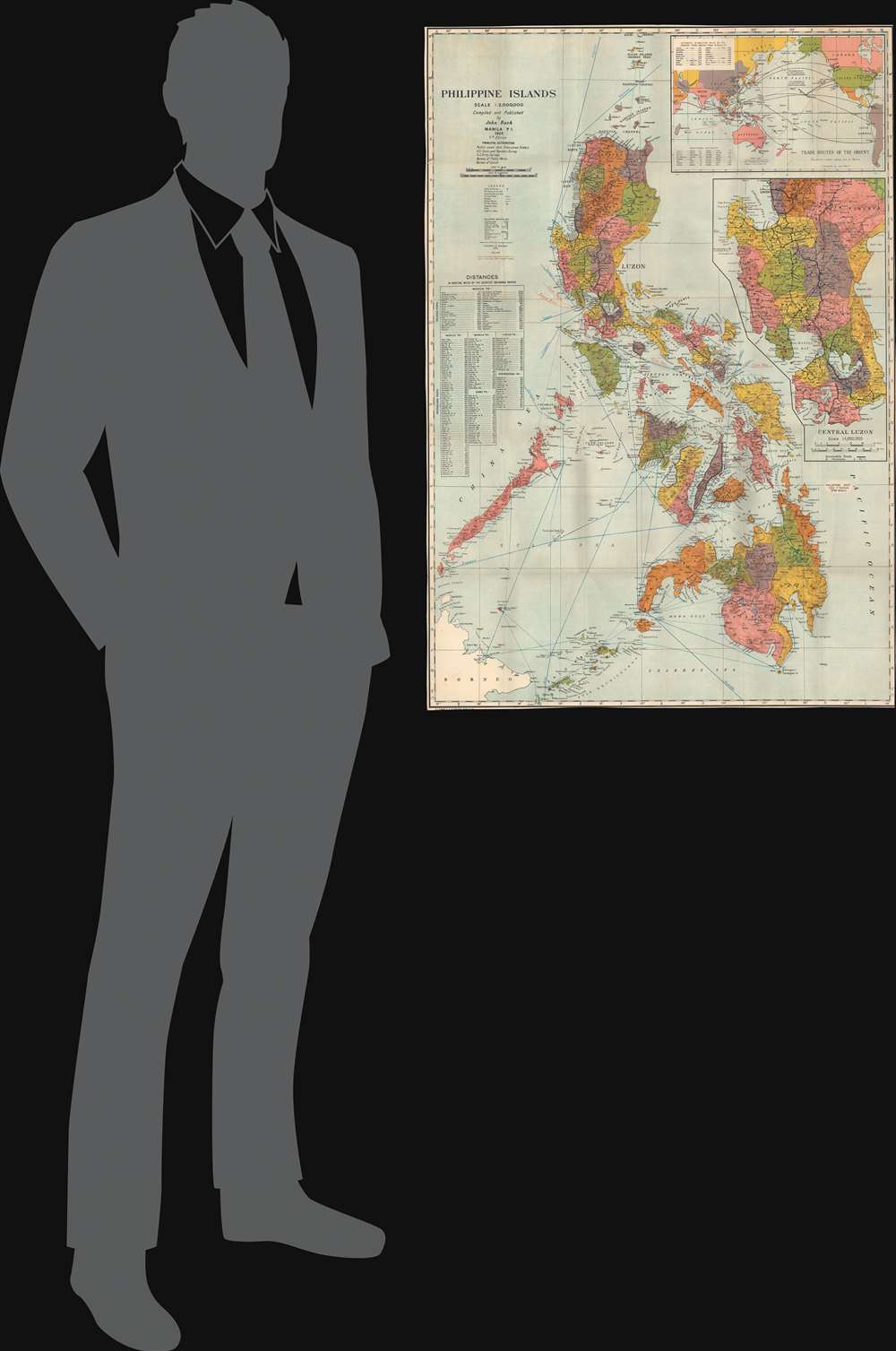 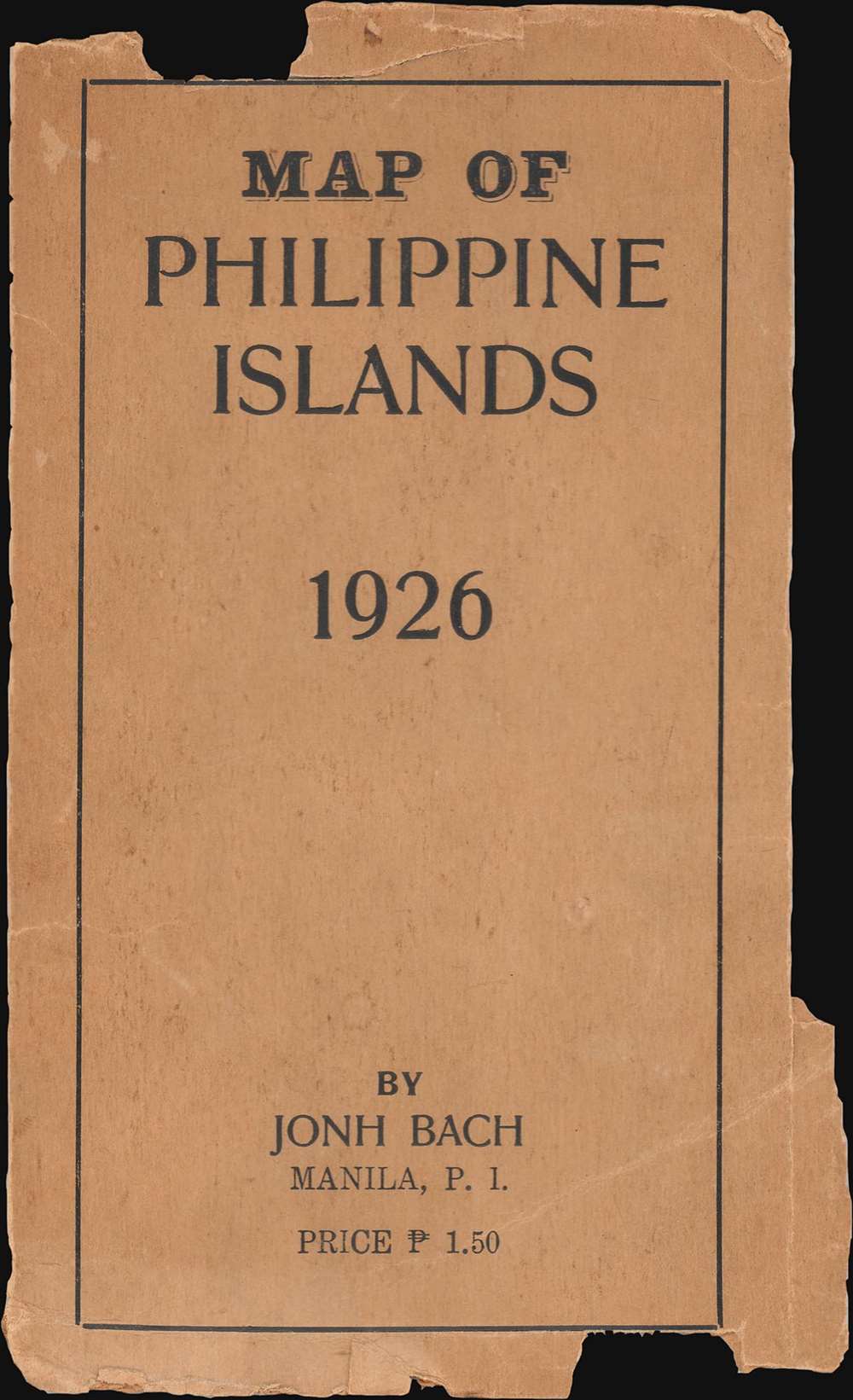 1926 Bach Map of the Philippines

Scarce map the Philippines during the American period.
$2,200.00

This is a 1926 John Bach map of the Philippines, published in Manila. A beautiful piece on fine strong stock, the map sports a rich color palette and superb detail, focusing on transportation networks and political divisions. Straits, bays, points, and other coastal locations are labeled as well. Dark blue lines mark steamship routes around the archipelago and to points abroad, including Hong Kong, Singapore, and Saigon. Red dashed lines highlight undersea cables operated by the Commercial Pacific Cable Company (Com. Pac.) and the Eastern Extension, China, and Australasia Telegraph Company (East. Ext.). Red 'targets' identify cities with wireless stations. A table of distances occupies space along the left border. Two inset maps are situated in the upper right. The first illustrates global sea trading routes operating in the Pacific, many of which originate in the Philippines. Within this inset is another table providing distances in nautical miles to various world cities. A second, larger inset details Central Luzon from San Fernando south past Manila to Batangas and Pagbilao Grande Island.

This map was created and published by John Bach and lithographed by Carmelo and Bauermann in Manila. We note sixteen cataloged examples in OCLC, which are part of the collection at Columbia University, Harvard University, Duke University, the Wisconsin Historical Society, and the University of Chicago, among others.

John Bach (1872 - 19xx) was a Norwegian-American cartographer. Born in Norway, Bach arrived in New York in March 1893 and became a citizen on January 10, 1902. On April 20, 1902, he was appointed to the civil service of the Philippine Islands as a member of the Bureau of Coast and Geodetic Survey. Throughout his many years working for the Coast and Geodetic Survey, Bach produced numerous maps of the Philippines for the Survey. By 1917, Bach was the chief of the drafting division in Manila. It is unclear exactly how long Bach stayed in the Philippines, but he was there until at least 1927, because of a record of him and his family traveling from Manila to New York City in July 1927. He appears in the 1930 U.S. Census as an employee of the U.S. Coast and Geodetic Survey. Bach married an American, with whom he had two daughters. Learn More...