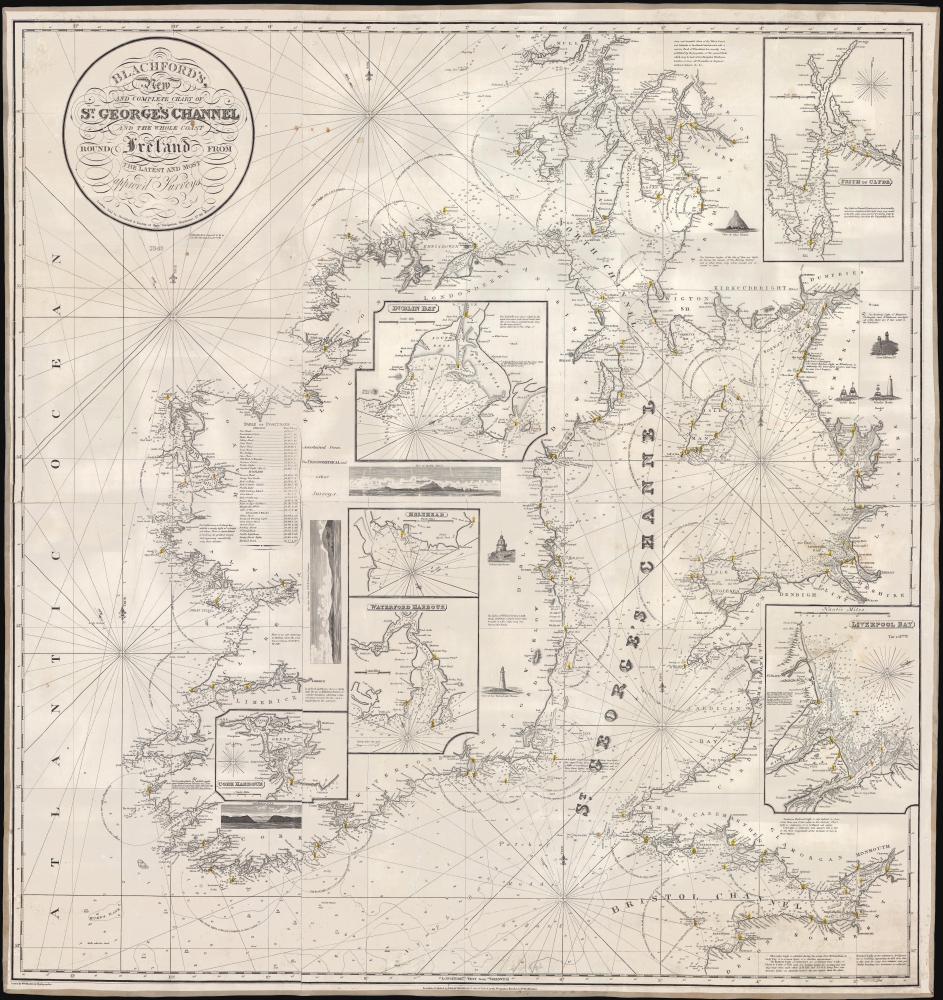 A rare ealry blueback chart of St. George's Channel between Wales and Ireland by Blachford.
$2,000.00

This is a scarce and early 1834 Robert Blachford blueback nautical chart or maritime map of St. George's Channel and the entire coast of Ireland. The map depicts the region from the Atlantic Ocean to England, Scotland, Wales and from Mull Island to Bristol Channel and Devon. Highly detailed, myriad depth soundings are indicated throughout, particularly along the coastlines. Rhumb lines crisscross the map, aiding mariners in navigating the region. Innumerable coastal locations are also labeled, along with several cities, including Belfast, Donegal, Galway, Limerick, Cork, and Dublin in Ireland and Liverpool, Lancaster, Glasgow, Swansea, Cardiff, and Bristol in England, Scotland, and Wales. Numerous inset maps provide more detailed depictions of areas throughout the region, including Dublin Bay, Holyhead, Warterford Harbor, Cork Harbor, Liverpool Bay, and the Frith of Clyde. Views of islands, lighthouses, and coastlines are also included. Yellow manuscript notations mark lighthouses and other coastal lights and a table situated in western Ireland gives the exact position of these lights.

This map was created by Robert Blachford and published in 1834.