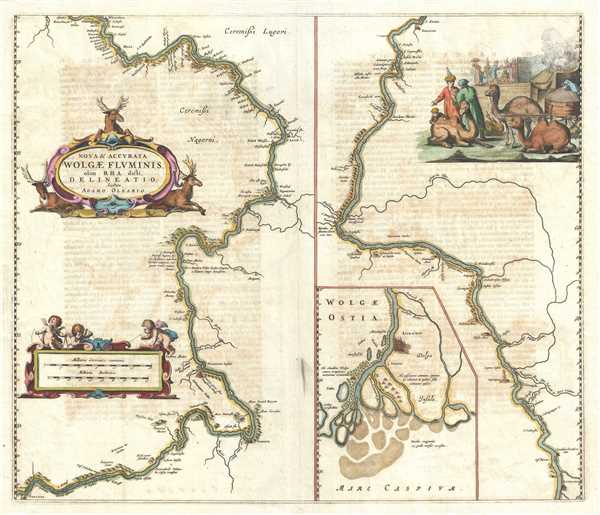 This is an impressive c.1667 by Blaeu depicting the course of the Volga River in Russia. Based on the travels of Adam Olearius, the map is divided into two sections, with the left half charts the river from Wesloma and Nazhniy Novgorod south to Saratov, and the right side continues from Saratov to Astrachan. A large inset details the mouth of the longest river in Europe as it empties into the Caspian Sea. Several towns, cities, tributaries, mountains, and other topography is detailed throughout.