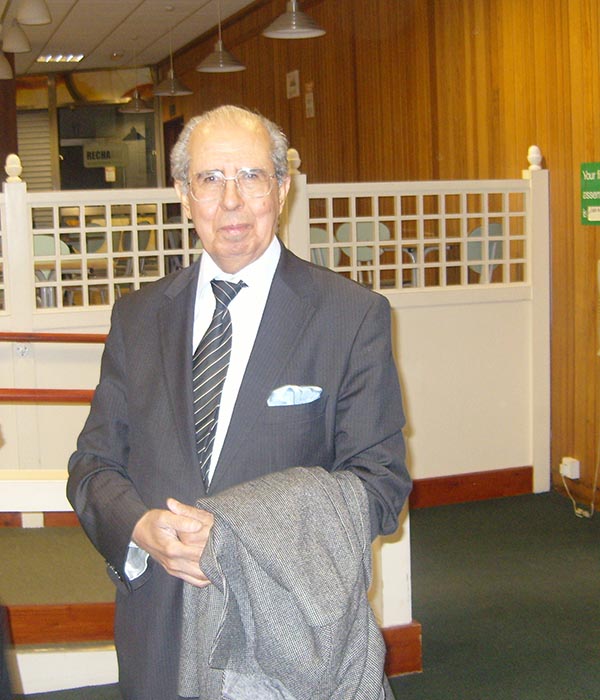 Salman Abu Sitta (1937 - Present) is a Palestinian civil engineer and researcher best known for his work surrounding the cause of Palestinian refugees and advocating for their right of return. Born in the village of Khirbet Maayen, Abi Sitta attended a school for Bedouin children until 1948. That year Khirbet Maayen was occupied by Israeli forces fighting in the 1948 Arab - Israeli War. After the Armistice, Abu Sitta and his family became refugees, since they found themselves on the wrong side of the newly-drawn border between Gaza and Israel. Eventually Abu Sitta continued his education at the prestigious al-Saidiya secondary school in Cairo before entering the Faculty of Engineering at the University of Cairo. He graduated from the University of Cairo in 1958 with a degree in civil engineering and then attended University College London (UCL) and earned a Master's degree in urban and regional planning and a Ph.D. in civil engineering. After graduating from UCL, Abu Sitta worked in London, Canada, and Kuwait. His most recognized accomplishments, however, are related to his over forty year endeavor to document Palestine, before, during, and after the Nakba. He is recognized as the world's leading scholar on the Nakba and has published numerous works and maps on the subject. His Atlas of Palestine 1917 - 1966 was published in 2010 in English with an Arabic edition following in 2012. He also published the Atlas of Palestine 1871 - 1877 and a memoir entitled Mapping My Return. This work led him to found the Palestine Land Society and to help creat the Right of Return Congress.

1998 Salman Abu Sitta Map of Palestine and the Nakba