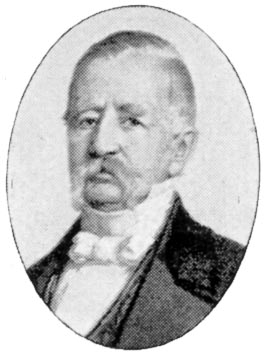 Carl Fredrik Akrell (January 13, 1779 - December 11, 1868) was a Swedish military cartographer and engraver active in the early 20th century. Akrell was born in Uppsala, Sweden to a middle class family. He joined the military as a young man and exhibiting proficiency with mathematics was assigned to the survey department where he worked under Gustave Wilhelm af Tibell. He participated in the fortification of the Stockhom archipelago and fought with distinction in the battles of Gross-Beeren, Dannewits, and Leipzig. Following a distinguished showing in the battle of Leipzig, Akrell was honored as a "Knight of the Sword" and adopted into the nobility. In time Akrell attained the rank of Major General. Cartographically Akrell is best known for his engraved maps of Stockholm and the aquatints he etched for Jean Baptiste Le Chevalier's Trip Propontiden and Black Se and Axel Leonhard Klinckowström Bref om de Förenta Staterna.