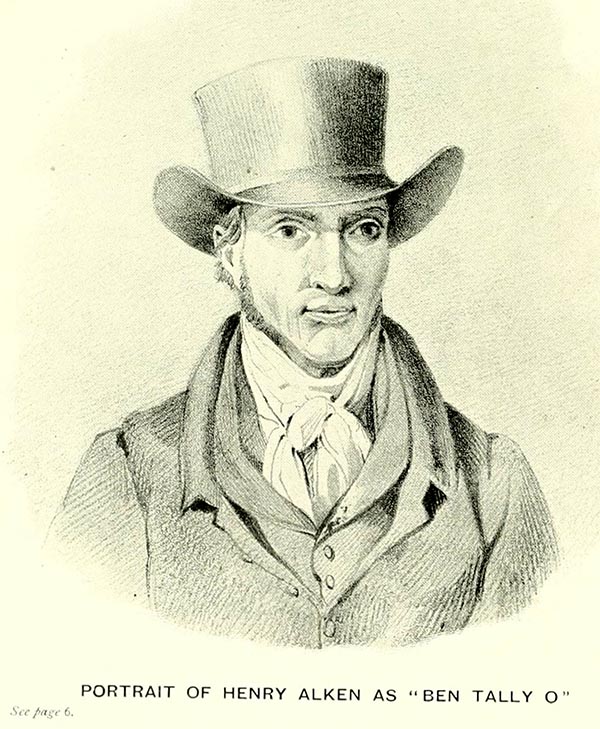 Henry Thomas Alken (October 12, 1784 - April 7, 1851) was a British, painter, engraver, caricaturist, and satirist active in London between 1816 and 1831. Alken was born in Soso, Westminster, the son e of Samuel Alken, another well known artist. He studied painting under his father, and afterwards under the miniaturist John Thomas Barber Beaumont (1774 - 1841). His earliest works were signed under the pseudonym 'Ben Tallyho,' but from about 1816 began publishing under his own name. Most of his work focused on British sporting life, including duck hunting, fox hunting, riding, coaching, etc. However, he was not above political satire often poking fun at the foibles of the aristocracy.