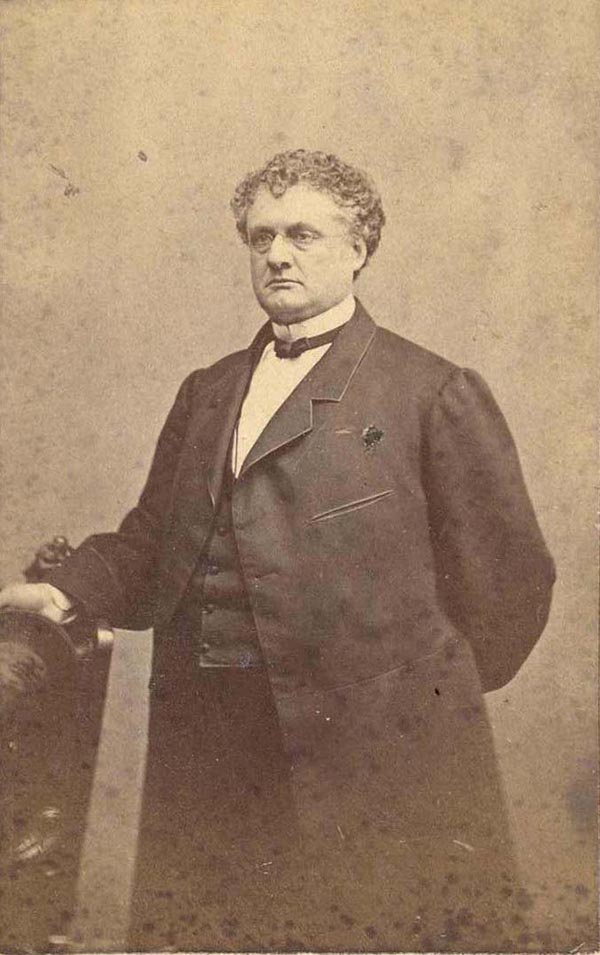 John Albion Andrew (May 31, 1818 – October 30, 1867) was the 25th Governor of Massachusetts, coinciding with the U.S. Civil War. Andrew studied at Bowdoin College and then began a career as a lawyer in Boston. Already an ardent abolitionist from his teenage years, Andrew became involved in politics, joining the Whig Party's anti-slavery wing. He dedicated his efforts to defending fugitive escaped slaves and freedman accused of being escaped slaves. He was an early member of the Republican Party in Massachusetts and helped to arrange the legal defense of John Brown after the latter's raid at Harper's Ferry. Running for governor in 1860, he won easily on the Republican ticket. Sensing the likelihood of conflict, he began preparing for war before the events at Fort Sumter. Throughout the war, he pressured President Lincoln to end slavery and was an early advocate for enlisting black men in the Union Army, resulting eventually in the creation of the storied 54th Massachusetts Infantry Regiment and other units. However, he took a less radical approach than many Republicans towards Reconstruction and was willing to compromise on the civil rights of freedmen for the sake of reconstituting the Union.