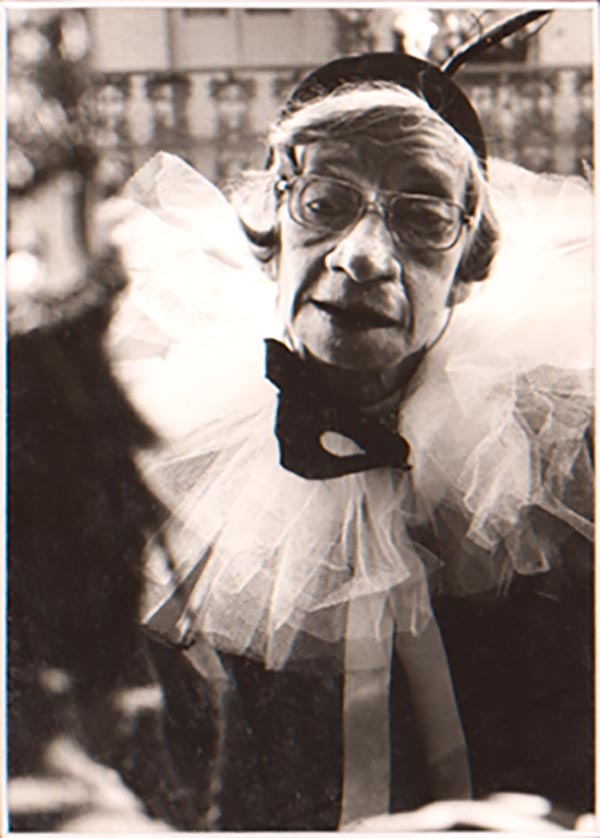 Louis Elizabeth Andrews Fischer (1901-1974) was a New Orleans bookseller, carnival costume designer, and artist active in the middle part of the 20th century. She studied at Newcomb college from 1917 to 1921, after which she opened a book shop on St. Peter Street, in the French Quarter of New Orleans. Fischer was a member of the Arts and Crafts Club of New Orleans (1922 - 1951) and a prominent figure in the New Orleans art and social scene. She was particularly admired for her extravagant costume designs for the annual Carnival or New Orleans Mardi Gras Parades. She studied the esoteric art of carnival costume design under Ellsworth Woodward while at Newcomb College. Personally, she was known for flamboyance in dress and personal style, often dressing in tweed jackets with neckties and wearing ethnic costumes. She lived in the Pontalba Apartments in the French Quarter with her husband Lawrence Fisher, who she married in 1926.