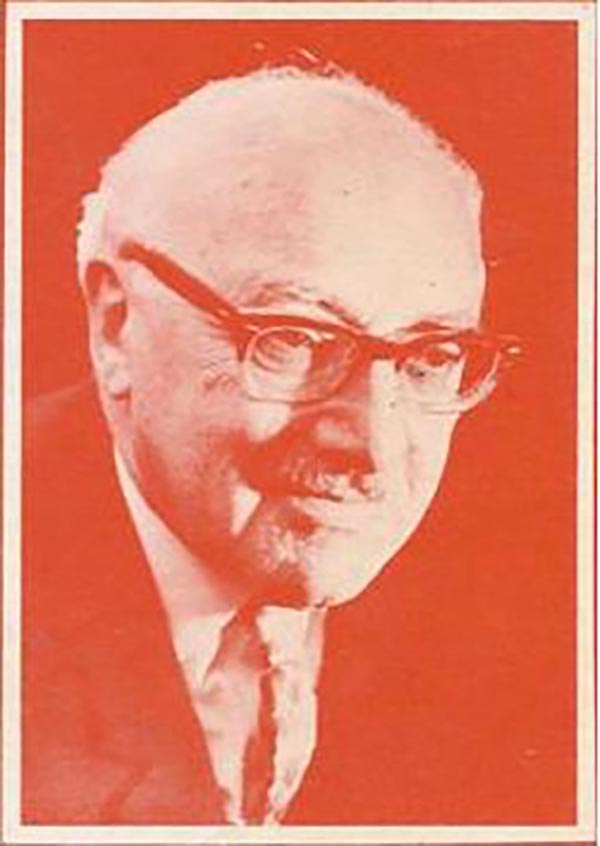 Dr. Michael Avi-Yonah (September 26, 1904 - March 26, 1974) was an Israeli historian and archaeologist. Born in Lemberg, Austria-Hungary (contemporary Lviv, Ukraine), Avi-Yonah his parents moved to Israel in 1919 during the third Aliyah. He attended the Gymnasia Rehavia in Jerusalem before going to England to study history and archaeology at the University of London. After finishing his studies in London, Avi-Yonah returned to Israel where he studied in Jerusalem at the British School of Archaeology. After finishing at the British School of Archaeology, he joined the British government of Palestine in the Department of Antiquities, where he worked as an archivist, librarian, and editor for the Department's journal. Avi-Yonah considered himself to be an 'armchair archaeologist', yet, despite this feeling, he is credited with the discovery of the brick anded shingle workshop of the 10th Roman Legion. After Israel's independence, Avi-Yonah received the position of secretary in the Department of Antiquities. He was appointed Senior Lecturer in Archaeology and Art History at the Hebrew University of Jerusalem in 1953. It was at this time that he also began editing the 'Israel Exploration Journal', the main scientific journal of Israeli archaeology. He received a doctorate from the University of London in 1958. Avi-Yonah is also one of the authors of the Hebrew Encyclopedia as well as numerous books about the topography and geography of Israel, both general and Israeli archaeology, history, and commerce, among many other subjects.

1968 Avi-Yonah Map of Israel in Hebrew