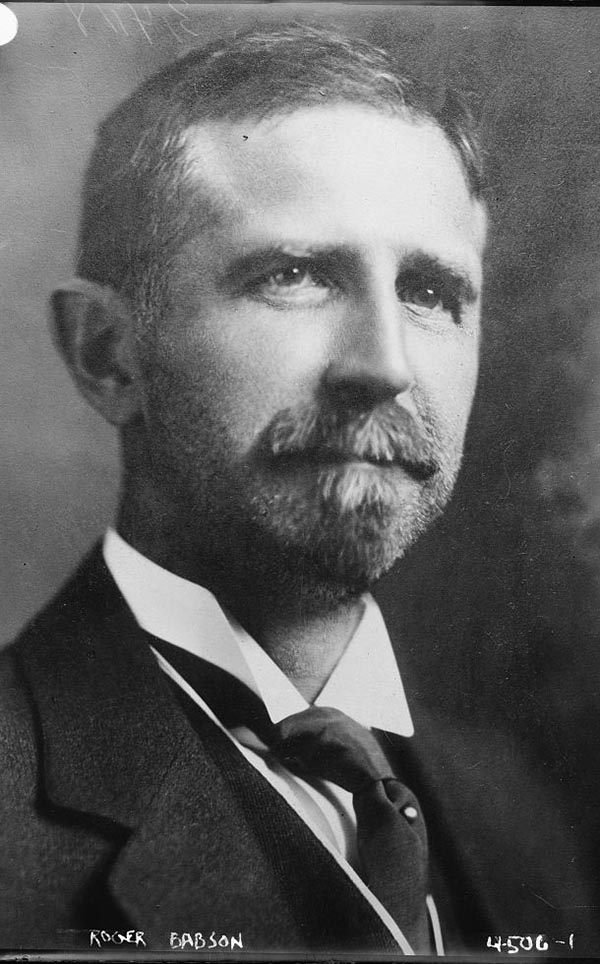 Roger Ward Babson (July 6, 1875 - March 5, 1967) was an American economist, business theorist, and entrepreneur. Born in Gloucester, Massachusetts, Babson attended the Massachusetts Institute of Technology, where he studied engineering. During is time at MIT, he lobbied the dean to include a business course in the Engineering program, which was finally granted and called 'Business Engineering'. The 'business engineering' program was eventually expanded, and many view this as the genesis of the modern MBA program. Babson worked at several investment firms before founding his own company, Babson's Statistical Organization, in 1904, which still operates today as the privately-held Babson-United, Inc.. Babson was a prolific author and wrote more than forty books over the course of his career, with the most popular being Business Barometers and Business Barometers for Profit, Security, Income. He also authored hundreds of newspaper columns and magazine articles. Babson is also remembered as the founder of Babson College, Webber College (modern-day Webber International University), and the now-defunct Untopia College in Eureka, Kansas. He also ran for President of the United States as the Prohibition Party's candidate in the 1940 election. He lost to President Roosevelt, and also finished behind Wendell Willkie, the Republican candidate, and Norman Mattooon Thomas, the candidate of the Socialist Party of America. Babson married Grace Margaret Knight on March 29, 1900. She died in 1956. He remarried to Nona M. Dougherty in 1957, who also died before him, in 1963.