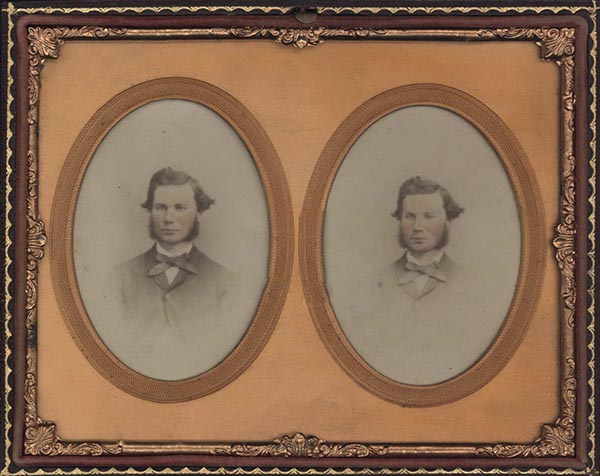 Perez Mann Bachelder (December 31, 1818 - January 25, 1873) was an early American photographer active in the Mid 19th century. Perez was born in Beverly, Essex County, Massachusetts. Little is known of his early life, but by the 1850s, he was an itinerant photographer in California capturing the Gold Rush. In 1854, following the gold rushes, he moved to Victoria, Australia, opening a daguerreotype saloon in Melbourne (57 Collings Street East). He quickly became the most prominent photographer in Melbourne, operating in partnership with Daniel O'Neill as 'Bachelder and O'Neill's Daguerreotype and Collondian Portrait Rooms'. After considerable success in the Outback, he returned to Boston in 1860, where he opened a study with James Wallace Black (1825 - 1896). The firm lasted until 1866, after which it was sold to F. A. Dunn, J. Botterill, and J. N. Wilson. Bachelder himself moved to San Francisco, where he died in 1873. The firm bearing his name persisted until 1895 under W. J. Stubbs.