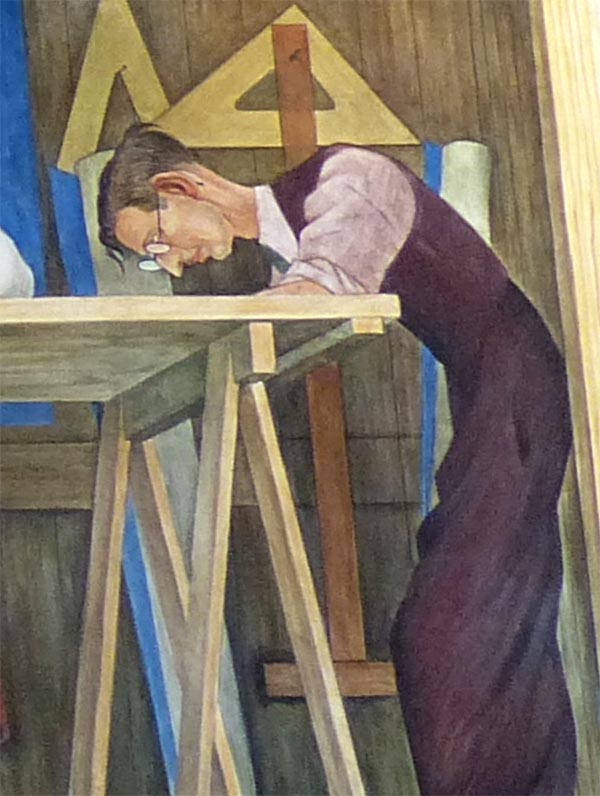 Michael A. Baltekal-Goodman (January 7, 1903 - April 12, 1991) was Lithuanian-American artist, wood engraver, pastelist, and architect active in California in throughout the 20th century. Baltekal-Goodman was bor in in Lithuania and immigrated to the united states in 1921, settling in Berkeley California, where he studied at the UC Berkeley school of architecture. There is studied under Ray Boynton, Perham Nahl, and Eugen (Eugene) Neuhaus. He collaborated with Eugen Neuhaus on at least one map, a pictorial image of Berkeley, California. During the Great Depression, in the 1930s he was involved with the local WPA (Works Projects Administration). After graduating from UC, he worked for the architecture firm of Timothy Pflueger, Willis Polk, and Bernard Maybeck. He also collaborated with Diego Riviera, who painted him. Baltekal-Goodman died at his Berkeley home in 1991.