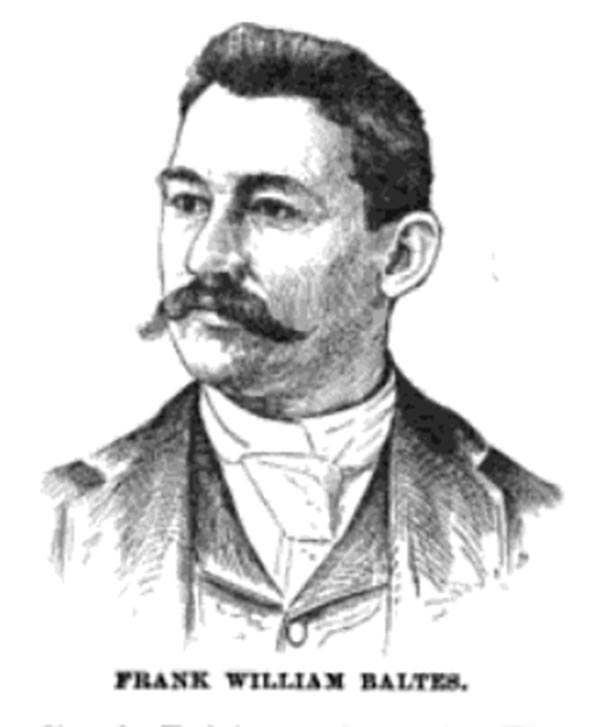 Frank William Baltes (March 19, 1860 - 1932) was an American author and printer active in the Pacific Northwest during the end of the 19th century and the early 20th century. Baltes, born to German immigrants in the then Washington Territory was educated in Chicago before finding a position in the printing office of the Astorian in Astoria, Oregon in 1873. Baltes founded his own company, F.W. Baltes and Company, in 1882. Baltes also served as secretary of the Portland Tyothetae and served as a delegate to numerous meetings of the United Typothetae of America.