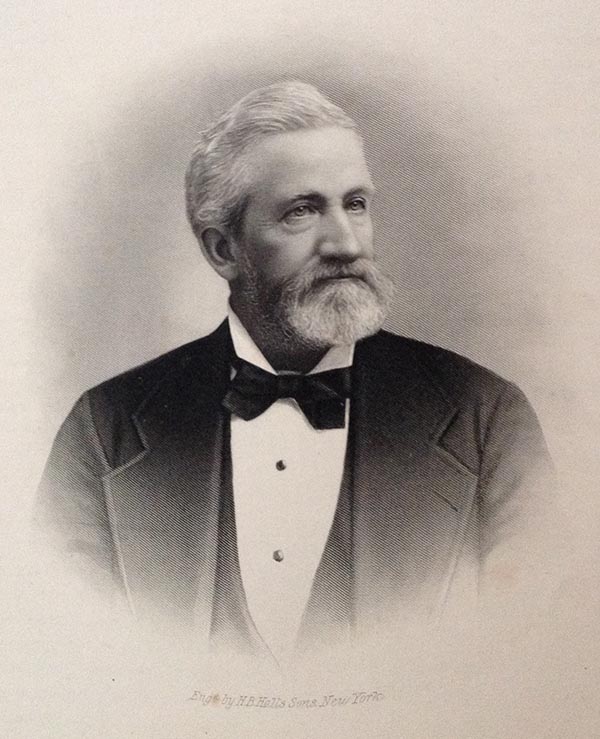 Erastus Flavel Beadle (September 9, 1821 - December 18, 1894) was an American printer, land speculator, and publisher active in the middle part of the 19th century. Beadle was bornin Saratoga Springs, New York. Beadles family settled in Chautauqua County, New York, where he worked for a miller name Hayes. There he began to learn rudimentary type making and printing by cutting wooden letter to print labels on bags of grain. In 1838 he apprenticed himself to H. and E. Phinney, publishers based in Cooperstown, New York. Under Phinney, he mastered typesetting, stereotyping, Binding, and engraving. He moved to Buffalo, New York in 1847, taking work as a stereotyper. His brother Irwin Pedro Beadle (1826-1882) also moved to Buffalo two years later where the two founded a stereotype foundry. In the mid-1850s both brothers became involved in land speculation schemes in Nebraska Territory, with Erastus acting as an agent and Irwin, a settler. Irwin moved to Nebraska in 1856, founding the boomtown of Saratoga, now part of Omaha. Erastus retired to Cooperstown, New York, in 1889, where he died on December 18, 1894.