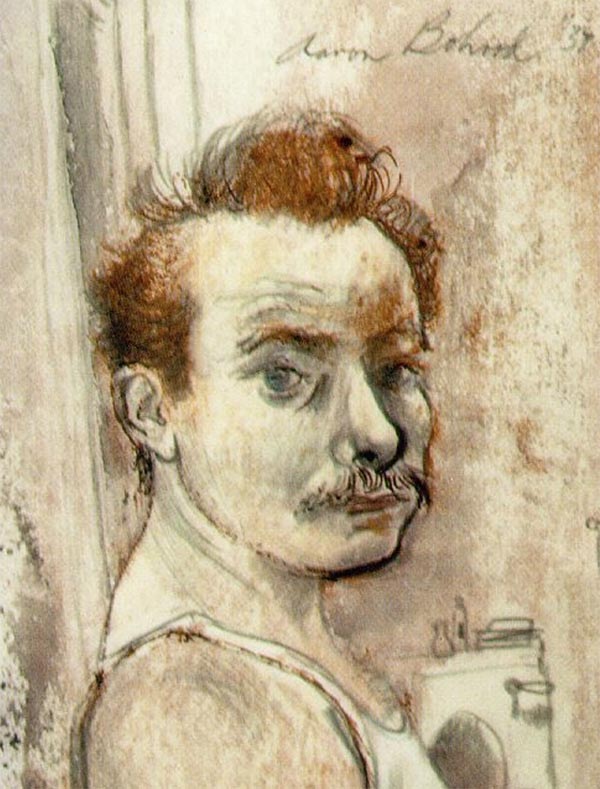 Aaron Bohrod (November 21, 1907 – April 3, 1992) was an American social-realist painter and illustrator active in Chicago and Wisconsin in the middle to late 20th century. Bohrod was born in Chicago, the scion of a Bessarabian-Jewish immigrant grocer. He studied at the Art Institute of Chicago and then, from 1926 - 1930, at the Art Students League of New York. Returning to Chicago in 1930, he became fascinated with Americana, focusing on city scenes depicting the lives of the working class. His work earned considerable praise and commercial success, culminating in commissions by the Illinois division of the Treasury Department's 'Section of Fine Arts' (1934 - 1943), a New Deal organization similar to the WPA, to complete murals in Vandalia (1935), Galesburg (1938), and Clinton (1939). During World War II, Bohrod worked as an artist of the United States Army Corps of Engineers before moving to Europe to illustrate for Life magazine. After the war in 1948, he took a position at the University of Wisconsin-Madison, where he remained until 1973. During this time his style changed from Social-Realism to highly realistic trompe-l'oeil paintings, for which he became internationally renowned. Bohrod's cartographic work is limited to a single pictorial map issued in 1946 illustrating American History. He died of Cancer in Wisconsin in 1992.