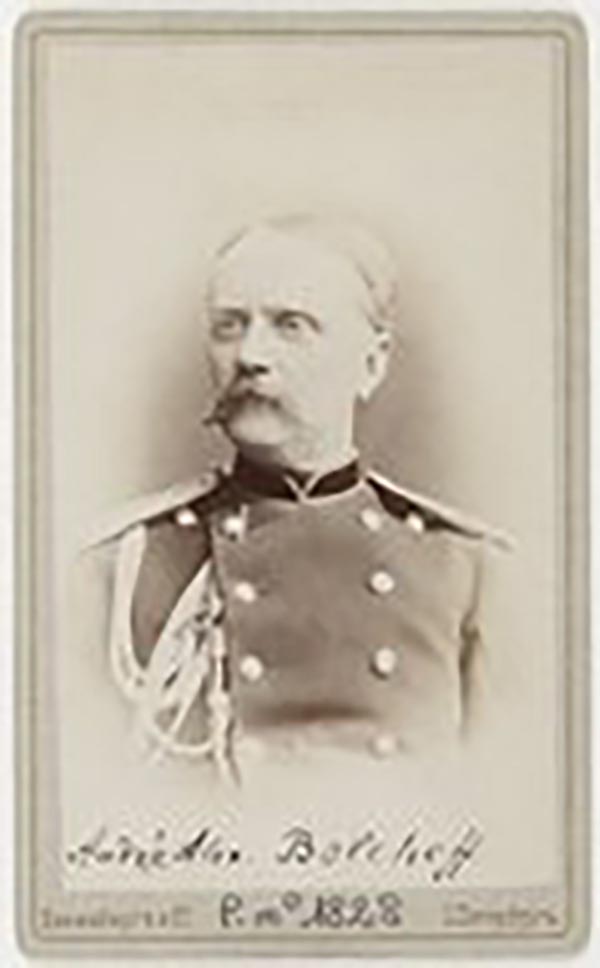 Andrey Alexandrovich Bolshev, (Андрей Александрович Большев; 1828 – 1904) was a Russian surveyor, geographer, and cartographer holding the rank of Major General, who was head of the Topographic Department of the Imperial Army's General Staff. Born in Novgorod province, he studied at the Russian Empire's Military Topographic School (Военно-топографическое училище) and joined the Military Topographic Depot (Военно-топографическом депо). He is best known for overseeing the production of a massive 1884 map of 'Russian Asia' (Карта Азиатской России) that he and his team spent twenty years researching. He was deeply involved in the Imperial Russian Geographical Society (Русское географическое общество) and was considered one of the foremost experts in Russia on the geography of Siberia and the Russian Far East. His younger brother, Colonel Loggin Alexandrovich Bolshev (Логгин Александрович Большев; 1834 - 1880), was also a military cartographer who made significant contributions to geographical knowledge of 'Russian Asia,' most notably leading an 1874 expedition to map most of the coast of the Sea of Japan and the Tatar Strait from Plastun Bay to Chikhachev Bay.