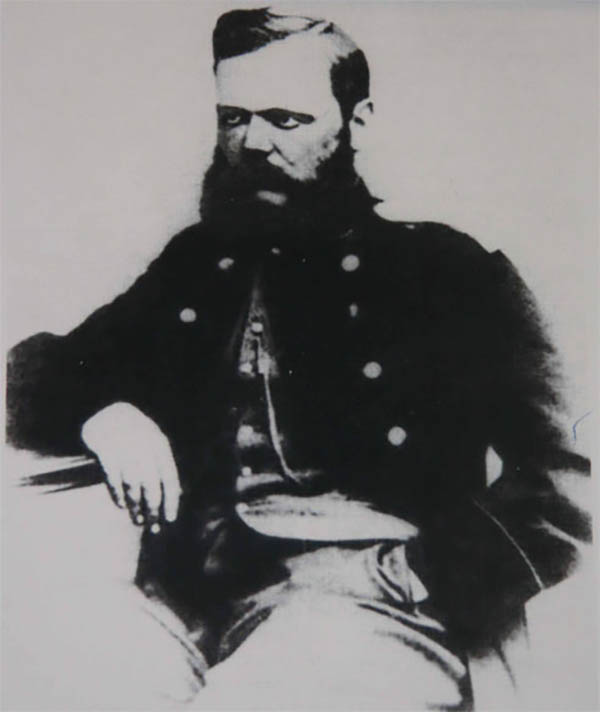 Loggin Alexandrovich Bolshev (Логгин Александрович Большев; September 10, 1834 – August 3, 1880) was a Russian topographer, cartographer, surveyor and explorer. Born in Novgorod Province, he followed in the footsteps of his older brother Andrey Alexandrovich Bolshev (Андрей Александрович Большев; 1828 – 1904) and studied at the Russian Empire's Military Topographic School (Военно-топографическое училище). After undertaking surveying work near St. Petersburg and in the Baltics, he studied astronomy at the Imperial Observatory at Pulkowo and then spent several years engaged in astronomical and geodetic work in Finland. In 1872, he was appointed assistant chief of the Military Topographic Department of the East Siberian Military District in Irkutsk and became active in the East Siberian Department of the Imperial Russian Geographical Society. In 1874, he led an expedition to survey the east coast of the Russian Far East, resulting in a wealth of cartographic, astronomical, and ethnographic knowledge. Although holding a lower rank than his brother Andrey, Loggin was and has remained the better known of the two due to his cartographic and geographic output. His son Nikolai (1871 – 1925) also served as an officer in the Imperial Army before defecting to the Red Army in the Russian Civil War, while his grandson (Loggin Nikolaevich, 1922 - 1978) was a decorated fighter pilot in World War II and a Professor of Mathematics as Moscow State University.