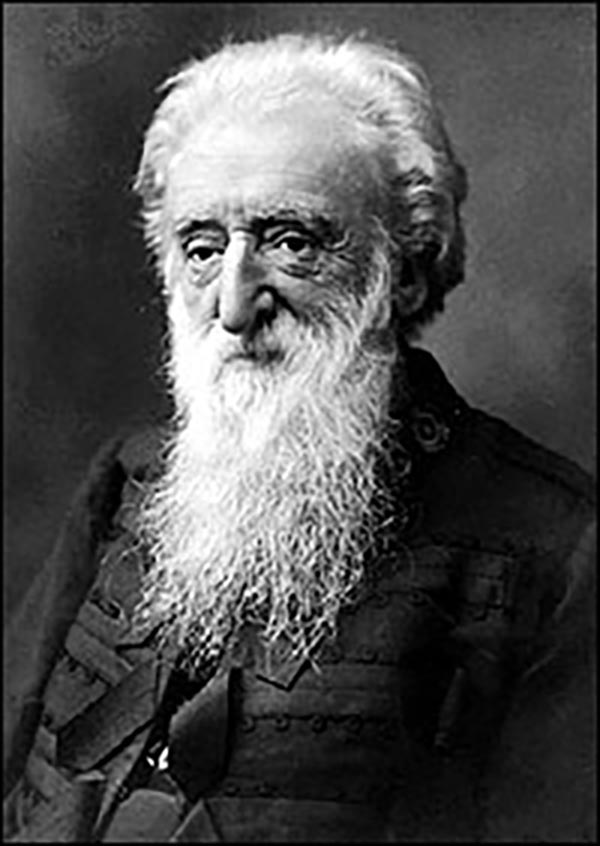 William Booth (April 10, 1829 - August 20,1912), a British Methodist preacher, founded The Salvation Army in 1865. A Christian movement, the Salvation Army utilizes a quasi-military structure and Booth became its first General in 1878, a position he would hold until his death in 1912. Booth started as an evangelist, but felt compelled to preach, so he left the Methodist congregation with which he was affiliated and became an independent evangelist. Booth realized that it was his destiny to share the repentance that salvation can bring through accepting Jesus Christ as Lord and Savior to the poorest and most needy, such as alcoholics, criminals, and prostitutes. Booth was an avid writer, and regularly published a magazine. He also authored several books, including In Darkest England and the Way Out. This book became a bestseller and set the foundation for the Salvation Army’s modern social welfare approach. The work compared ‘civilized’ England and ‘Darkest Africa’ and suggested that, following the Industrial Revolution, quality of life in England was no higher than it was in the backwards, underdeveloped hinterlands of the world.