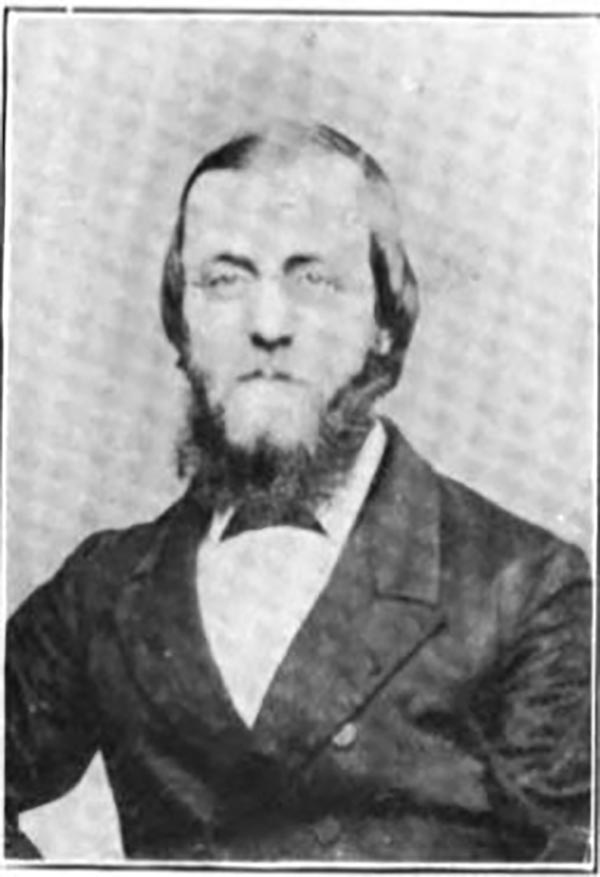 Frank Howe Bradley (September 20, 1838 - March 27, 1879) was an American geologist. Born in New Haven, Connecticut, Bradley attended that city's General Russell's Collegiate and Commercial Institute. He went on to matriculate at Yale College, graduating in 1863. While at Yale, he worked as part-time teacher at General Russell's school. After graduating he taught in Hartford, Connecticut for a year before enrolling as a student in the Chemical Laboratory of the Sheffield Scientific School in 1864-65. He traveled to the Isthmus of Darien during the summer of 1865 and while there he amassed large collections of corals and other zoological specimens, part of which was for the Yale Museum. He worked as an assistant geologist in the Illinois survey in 1867 and 1868 before becoming Professor of Natural Sciences at Hanover College in Hanover, Indiana. Then, in September 1869, Bradley left Hanover College to accept the Professorship of Mineralogy and Geology at East Tennessee University in Knoxville. He left East Tennessee University in 1875 and began developing a gold mine in northern Georgia, where he died when the bank of earth he was working under caved in. Apparently at the time of his death Bradley was 'operating one of the largest and best gold mills in [Georgia]'. Bradley married Sarah M. Bolles, on July 15, 1867, with whom he had four children. His wife and one daughter survived him. Two of his children died before him and one, an infant daughter, died on the same day as Bradley.

1875 Bradley Geological Map of the Eastern United States and Canada