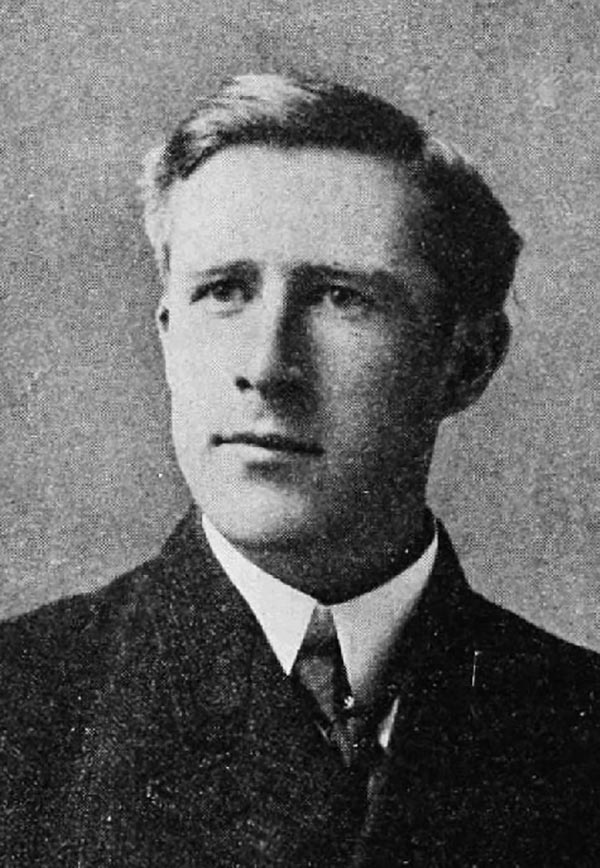 Reginald Walter Brock (1874 - 1935) was a Canadian geological and cartographer active in Canada and Hong Kong in the late 19th and early 20th centuries. Brock was born in Perth, Ontario. He enrolled in the Queens University of Toronto in 1893 attaining a M. A. in Geology. He continued his studies in Heidelberg. His first geological survey work the 1897 Dawson Survey of British Columbia. In 1907, he was appointed Director of the Geological Survey of Canada, a position he held until 1914. In 1914, he took a position as Dean of Applied Science at the newly created University of British Columbia. At the outbreak of World War I, he joined the Seaforth Highlanders with the rank of Major and served in Palestine under General Allenby. From 1922 – 1927 his talents were harnessed by the British Ordnance Survey to update the geological survey of Hong Kong. After completing the Hong Kong Survey, he returned to the Queens University of Toronto where he served as Dean until he death in tragic 1935 plane crash.