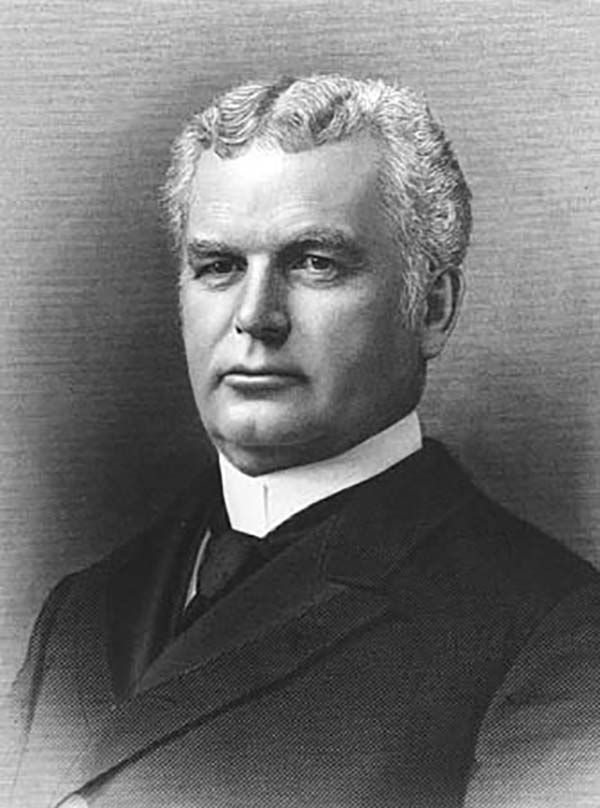 Hugh Joseph Chisholm I (May 2, 1847 - July 1, 1912) was a Canadian-American publisher and industrialist. Born in Chippawa, Ontario, Canada, Chisholm was the fifth of ten children. He was forced to leave school and begin working as a newsboy at the age of thirteen after his father's death. Chisholm soon devised a scheme for buying and selling his own papers, instead of those owned by his employer, and by age sixteen had bought out his former employer and employed more than 200 newsboys selling books, newspapers, and magazines to steamboat and railway passengers. He and his brother founded Chisholm Brothers in 1861 to distribute newspapers across Canada and the northeastern United States. Chisholm Brothers, then called Chisholm Brothers Publishing, moved to Portland, Maine, sometime in the 1870s, likely not long after Hugh Chisholm married Henrietta Mason on September 5, 1872, with whom he had one son. Aside from the printing business, Hugh Chisholm developed extensive interests in pulp and paper. He founded several successful pulp and paper companies throughout Maine, including the Otis Falls Pulp Company mill, which was the third-largest paper mill in the country at the time. In 1901, the Oxford Paper Company's mill began producing paper, and eventually became the largest book paper mill under one roof in the world. Chisholm also helped found the International Paper Company and served as the company's second president, after the untimely passing of the first, William A. Russell. Between Russell and Chisholm, eventually thirty pulp and paper mills from across the U.S. and Canada were brought together under the umbrella of the International Paper Company. Chisholm died at home in New York City and is interred at Evergreen Cemetery in Portland, Maine. His mausoleum, often described as one of the most striking monuments in the cemetery, was commissioned by his wife after Chisholm's death.