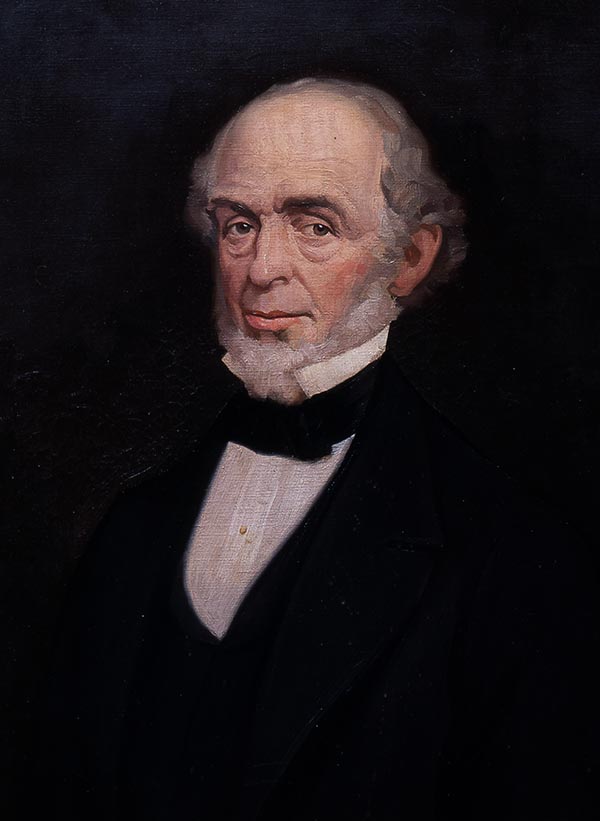 Marshall Conant (January 5, 1801 - February 10, 1873) was an American engineer and educator. Born in Pomfret, Vermont, Conant was educated in Vermont and apprenticed as a carpenter. During his youth, he developed an interest in mechanics and decided to become an architect and set about teaching himself the necessary skills. He began teaching in his local school district while teaching himself calculus, astronomy, and geometry at the same time. He computed both a lunar and solar eclipse at the age of twenty-four, despite his lack of formal education and equipment. He compiled an 1829 almanac in 1828 that sold 10,000 copies and taught in both Boston and Roxbury. He and his wife Roxanne moved to Hillsboro, Illinois, where Conant served as head of a new academy and his wife taught. In 1841, they returned to Massachusetts, and Conant was made the head of the topographical department of the Boston Water Works, a position he held until 1845. During his time at the Water Works, the first major water lines were constructed in Boston. In 1851, Conant became the engineer in charge of the construction of the second phase of the Cocheco Railroad. After completing this project in 1852, he moved to Bridgewater, Massachusetts, and accepted the position of superintendent of the Eagle Cotton Gin Company. Conant then became the second principal of the Bridgewater Normal School (known as Bridgewater State University today) in 1853, following the resignation of the school's first president. During his tenure, Conant greatly expanded the study of the sciences in the Normal school. He also had a massive effect on the school's library, adding books; historical, geological, and geographical maps; anatomical plates, and other scientific apparatuses. He was one of the organizers of the Bridgewater Natural History Society. He resigned as principal in 1860, having helped create an excellent professional school for the education fo teachers. Conant became the assistant to George Boutwell, the Director of the Internal Revenue Service, in 1862, and spent the next ten years in Washington, D.C. He returned to Bridgewater in 1872 in poor health, but still of sound mind, and completed a manuscript for an astronomical publication shortly before he died.