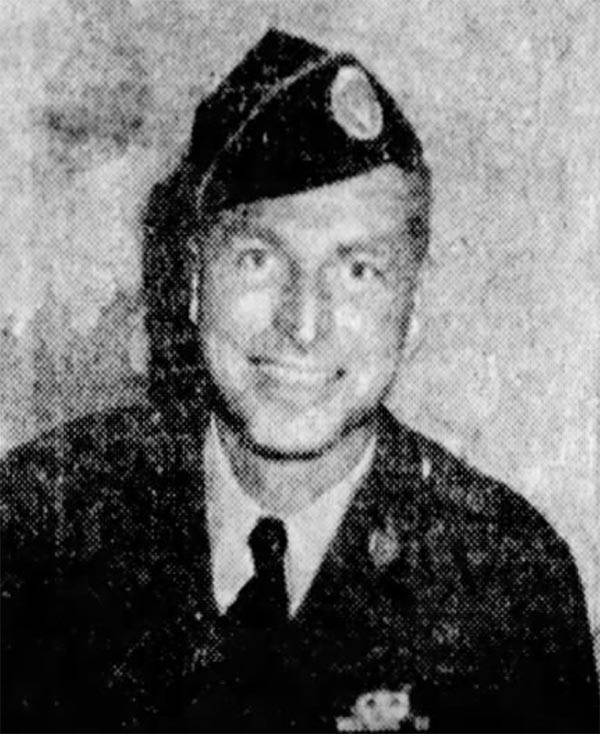 George Daly (July 14, 1912 - December 9, 1993) was a Burlington, Vermont based commercial artist. Daly was born in New York City and grew up in New Rochelle. He must have relocated to Vermont, at least part time, sometime in the 1930s. It is recorded that before enlisting to fight World War II (1939 - 1945) in January 16, 1942, he was a 'cartoonist in New York' and a 'commercial artist' in Vermont. As a soldier he received his basic training at Camp Croft (S.C.) before being assigned to a Paratroopers unit at Fort Benning. Also in 1942, he was engaged to Mary Sabin of Burlington. Daly was discharged in 1944, with the rank of Corporal, but continued to work with the military as a Display and Information Officer at the War Assets Administration in Burlington. At this time, the Dalys lived on 'Poor Farm Road' in Underhill Center, Vermont. Gorge also worked as an art director with the Townsend Advertising Service of Burlington until about 1947. In 1947 he partnered with fellow veterans John A. Hamilton and William J. Garneau to from 'Garneau, Daly and Hamilton Advertising Designers'. By 1949, Garneru left the firm and it was renamed Daily and Hamilton. Daly served as Art Director of the firm. In 1949, he illustrated Ralph Nading Hill's The Winooski, Heartway of Vermont and in 1950, Hill's second book Contrary Country. In 1949, he introduced his only map, a historical pictorial map of Vermont. At some point the Daly family relocated to Port Angeles, Washington, where he died in 1993.