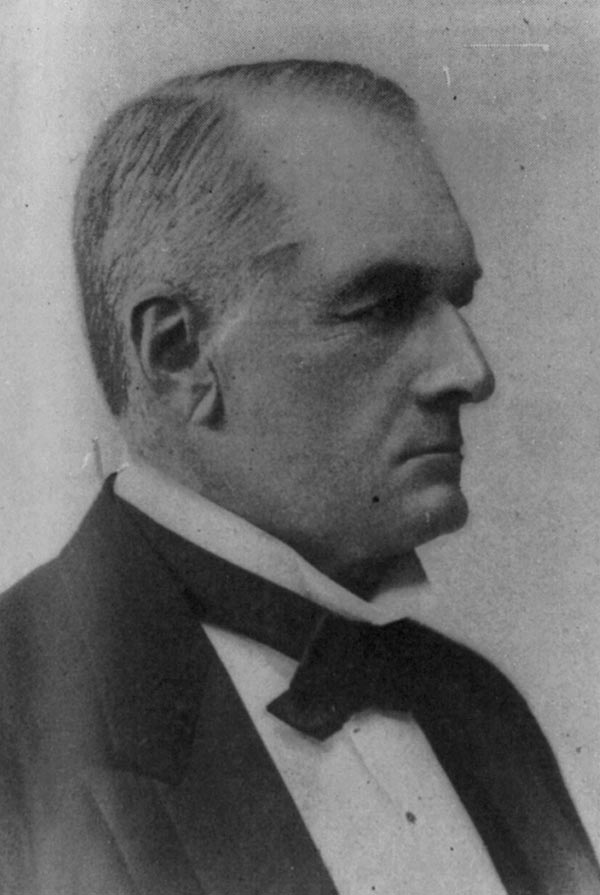 Charles Harvey Denby (June 16, 1830 - January 13, 1904) was an American diplomat and Army officer. Born in Mount Joy, Virginia, Denby attended the Tom Fox Academy as a youth. Denby's father, Nathaniel Denby, a ship-owner with interests in European trade, was named Naval Agent of the United States in Marseille, France, during Denby's childhood. The elder Denby elected to take his son with him to Marseille, where Charles Denby attended the College Royal and became fluent in French. Denby attended Georgetown College and the Virginia Military Institute. He graduated from VMI with high honors in 1850. After graduation, Denby taught school in Selma, Alabama, for three years. He moved to Evansville, Indiana, in 1853, which remained his home for the rest of his life. Denby studied law and worked for a newspaper in Evansville. During the 1856-57 session of the Indiana House of Representatives, Denby represented his county. After the outbreak of the American Civil War, Denby raised a company of volunteers and guarded the powder magazine in Evansville. He was commissioned as a lieutenant-colonel in the Union Army on September 12, 1861, and was made second-in-command of the 42nd Indiana Volunteer Infantry Regiment. Denby was promoted to Colonel on October 1, 1862 and put in command of a newly-formed regiment, the 80th Indiana Volunteer Infantry. However, he did not take command of the 80th Indiana until November 22, 1862, so he fought with the 42nd Indiana at the Battle of Perryville, Kentucky. He was wounded twice at Perryville and had his horse killed under him. Denby resigned his commission on January 12, 1863 and discharged from the army five days later on disability, citing 'a very severe leg cramp' for which doctors could find no cure. After his discharge, Denby returned to practicing law in Evansville and became active in the Democratic Party. After Grover Cleveland was elected President, Denby was put forward as a candidate for diplomatic service. He was made Minister to China on May 29, 1885 and held the post until July 11, 1898, when he either resigned or was removed from his post by President William McKinley. After returning to the United States in September 1898, Denby was appointed to a commission meant to look into the conduct of the Spanish American War. He then became a member the first commission to the Philippines (known as the Schurman Commission) along with Admiral George Dewey, General Elwell Stephen Otis, and two others. Denby died of a heart attack in Jamestown, New York, where he had gone to give a lecture.