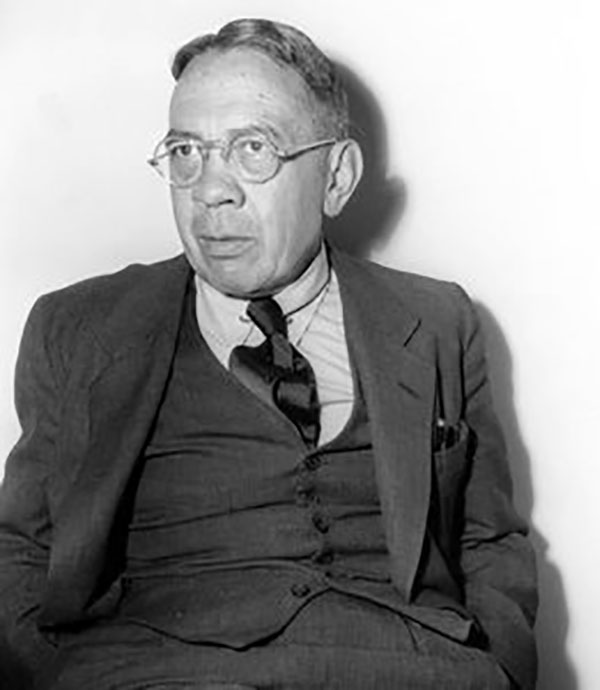 Bernard Augustine DeVoto (January 11, 1897 - November 13, 1955) was an American historian, columnist, editor, teacher, reviewer, and essayist. He also worked as a speechwriter for Adlai Stevenson. Born in Ogden, Utah, to a Catholic father and a Mormon mother, DeVoto attended the University of Utah for a year before transferring to Harvard University. He served in the U.S. Army during World War I. He returned to Harvard after the war and graduated in 1920. He found a job as an English instructor at Northwestern University in 1922 and remained at Northwestern until he resigned in 1927. While teaching at Northwestern, he published articles and novels under pseudonyms. After resigning, he and his wife Avis moved to Massachusetts, where DeVoto tried to make a living writing and teaching at Harvard part-time. Unfortunately, he never managed to achieve his goal of a permanent full-time teaching position at Harvard. DeVoto began writing articles for Harper's Weekly, which eventually turned into writing the regular column 'The Easy Chair', which ran from 1935 until his death. He received the Pulitzer Prize for History for Across the Wide Missouri in 1947.