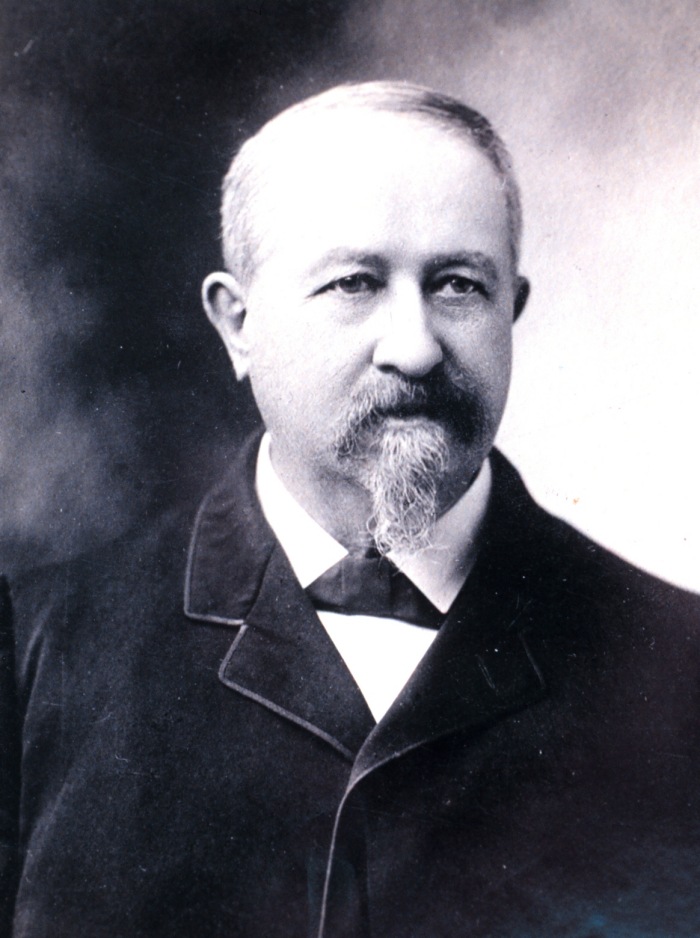 Clarence Edward Dutton (May 15, 1841 – January 4, 1912) was an American geologist and Army officer. Dutton was born in Wallingford, Connecticut on May 15, 1841. He graduated from Yale College in 1860 and took postgraduate courses there until the outbreak of the American Civil War. In 1862, he enlisted in the 21st Connecticut Volunteer Infantry with which he saw action in Fredericksburg, Suffolk, Nashville and Petersburg. In 1876, when the United States Geological Survey (U.S.G.S.) was created, Dutton began working in the Colorado Plateau where, through his close friendship with John Wesley Powell, G. D. Gilbert, and William Henry Holmes, produced the first detailed atlas of the Grand Canyon. He retired from the Geological Survey in 1891 and took a position as commander of the San Antonio Arsenal, Texas. He retired officially from the army in 1901, but continued to study Geology from his home in Englewood, New Jersey. Dutton in addition to being one of the founders of the U.S.G.S. is also a founding member of the National Geographic Society.