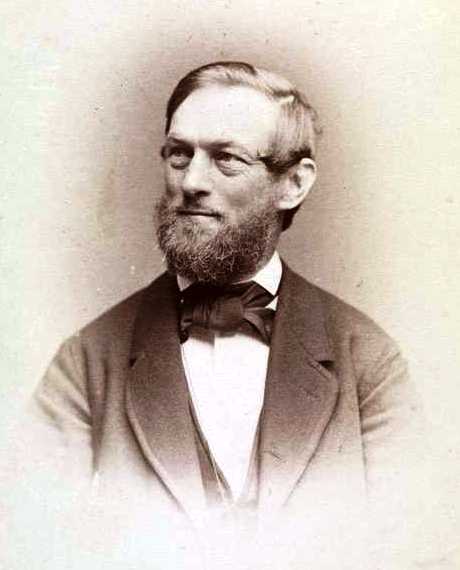 Jacob Dybwad (July 20, 1823 – September 4, 1899) was a Norwegian publisher and bookseller active in Christiania, Norway, in the second half of the 19th century. Born in Vækerø, Norwasy, Dybwad was the son of Jacob Erasmus Dybwad (1792–1854) and Christiane Lange (1795–1885). He received his education at Møllers Institute. He later traveled to Paris and Germany where he studied publishing and the book trade. In 1848 Jacob started a bookselling and publishing business with his brother Christopher Andreas Dybwad (1810 – 1892). In 1852 he took over his brother's share of the business. Dybwad published a wide range of materials, including books and maps, for educational and governmental use. His primary clients were the Videnskabs-Selskabet i Christiania (now the Norske Videnskaps-Akademi), for whom he had an exclusive publishing contract, and the University Library. He is considered a pioneer in Norwegian publishing and in honor of his achievement was knighted by the Order of St. Olav in 1897. Dybwad was survived by twelve children from two marriages.