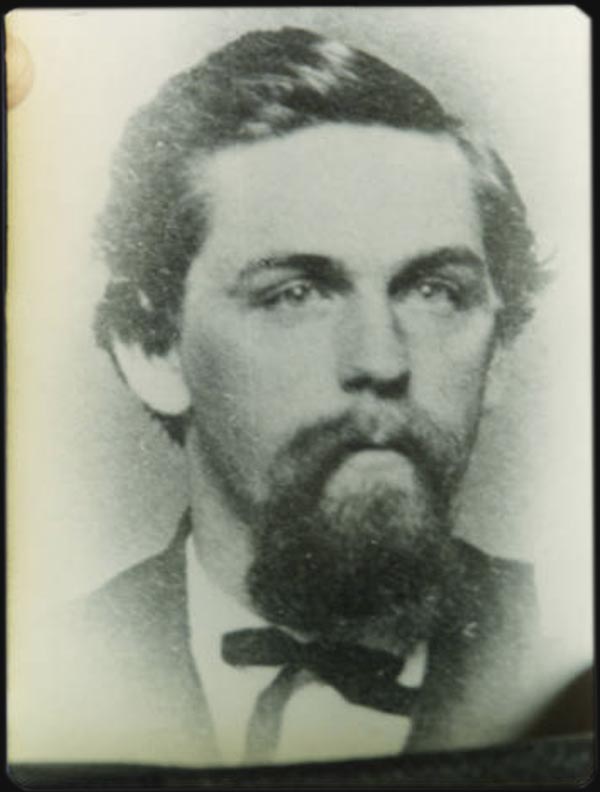 George H. Ellsbury (November 29,1840 - September 3, 1900) was a Minneapolis, Minnesota based sketch and view artist active in the second half of the 19th century. Ellsbury was born in Skaneateles, New York, in 1814. His family moved to St. Charles, Minnesota in 1857. In 1862, when the American Civil War broke out, he enlisted with the 7th Minnesota Volunteers and saw action on the southern front, eventually attaining the rank of colonel. During the war, he drew a number of battle and camp scenes for Harper's Weekly. After the war, he participated in the General Alfred Sully and General Henry Hasting Sibley Expeditions (1863 – 1864) to the Dakotas and published many of his drawings from the expedition in Frank Leslie's Illustrated Newspaper. Around 1866, returning to Winona County, Minnesota, he was elected as the County Register of Deeds and married Julia Curtis (1827 – 1926). Also, around this time he completed his historic perspective views of Winona, St. Paul, and Minneapolis. Ellsbury later moved to Cass County, Dakota, where he founded Tower City and was part of the fledgling Dakota Southern Railroad Company. In 1888, he moved to Centralia, Washington as a land agent. There he started the Tacoma, Olympia and Chehalis Valley Railroad Company, the Tower Lumber and Manufacturing Company, and Florence Coal Mines. Following a long period of heart and kidney disorders, he died in Centralia on September 3 of 1900. He was given a masonic funeral rite and interred at Washington Lawn Cemetery. Ellsbury was survived by his wife, two sons, and two daughters.