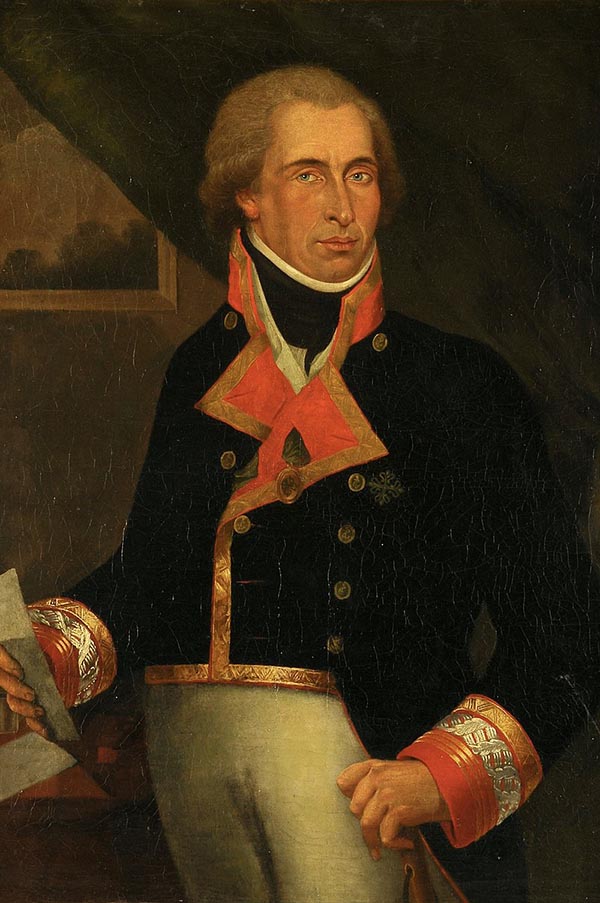 Dionisio Alcalá Galiano (October 8, 1760 - October 21, 1805) was a Spanish naval officer, cartographer, and explorer. Born in Cabra, Córdoba, Spain, in 1760, Galiano entered the Spanish navy in 1771, at the age of 11. After several years at sea he enrolled in the Spanish naval academy in 1775 and upon graduating in 1779 entered active service. In 1784 Galiano met and worked with Alessandro Malaspina, with whom he would later journey to America. Both men were among a group of officers studying astronomy at the Royal Observatory in Cádiz under Admiral Vicente Tofiño. Thought association was brief, when Tofiño was called upon to create an atlas of the coast of Spain, and he chose Galiano to work on the project. Thus Galiano assisted Tofiño's great hydrographic study, which resulted in the 1789 i>Atlas Maritímo de España. This experience was the basis of Galiano's expertise as a professional cartographer. Subsequently, taking advantage of the just developed marine chronometer, Galiano produced some of the first accurate maps of various coastlines in Europe and the Americas, including the Strait of Juan de Fuca, the Strait of Georgia, and Vancouver Island. He reached the rank of brigadier and died in the Battle of Trafalgar.