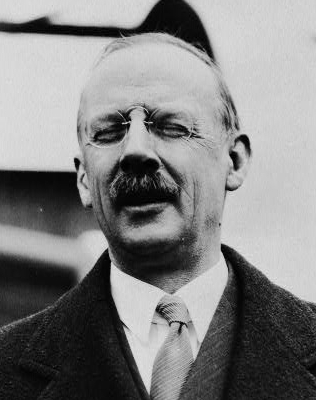 Gilbert Hovey Grosvenor (October 28, 1875 - February 4, 1966) was an American photographer, journalist and editor active in the United States during the first half of the 20th century. Grosvenor was born in Istanbul under the Ottoman empire to American parents living and studying in Istanbul. He studied at the Worchester Academy, the Robert Elementary School, and at Amherst College, where he graduated Magna Cum Laude in 1897. In 1899, shortly after college Grosvenor became the first full time employee of the National Geographic Society - at the time headed by Alexander Graham Bell. In time he became the director, then, in 1920, president of the society. He retained this position, also editing the popular National Geographic Magazine, until 1954. Grosvenor advocated policies of neutrality and positive, upbeat journalism through two world wars, the Great Depression, and the beginning of the Cold War. He laid down the principles of photojournalism, earning the honorific, 'Father of Photojournalism.' He was a champion of the National Park Service, and Katmai National Park's Grosvenor Lodge is named in his honor. Grosvenor was married to Elise May Bell (1878 - 1964), daughter of inventor and National Geographic Society founding father, Alexander Graham Bell. Grosvenor's health deteriorated following the death of his wife and he died peacefully in his sleep at the age of 90 on February 4, 1966. He is interred at Rock Creek Cemetery alongside his wife and other members of the Bell family.