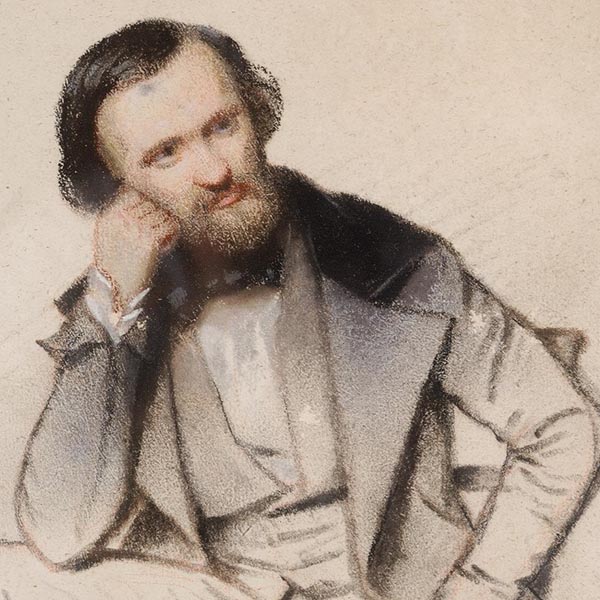 Jacques Guiaud (May 17, 1810 - April 24, 1876) was a French painter and engraver known for landscapes, cityscapes, historical scenes, and assorted watercolors. Guiaud was born in Chambéry but grew up in Marseille. He studied painting under landscape artist Louis Étienne Watelet (1780 - 1866) and portraitist Léon Cogniet (1794 - 1880). He was well received, exhibiting at the prestigious Salon annually from 1931 until his death in 1876. He received commission from King Louis-Philippe I, among other dignitaries. In 1865, he was one of several artists selected to decorate the Château de Fontainebleau. Throughout his life, he traveled extensively in Europe.