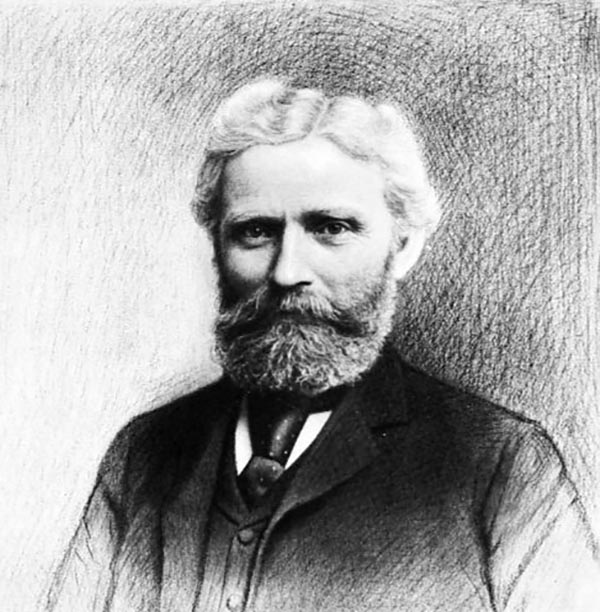 Joseph Smith Harris (April 29, 1836 - June 1, 1910) was an American surveyor, civil engineer, and railroad executive. Harris was born in Chester County Pennsylvania. Though Harris had little formal education, he was both highly motivated and very intelligent, a combination that lead to a mastery of Astronomy, surveying, and civil engineering. In 1853 he was employed with the North Pennsylvania Rail Road Company. His work with the railroad brought him to the attention of the U.S. Coast Survey team which hired him to help survey the Mississippi Sound. Later he was assigned to the Northwest Boundary Survey, a joint effort between British and American surveyors which ultimately set the northern Boundary of the United States at the 49th parallel. Like most of the members of the Coast Survey, Harris was fervently pro-Union and worked diligently during the Civil War to provide Union commanders accurate surveying and cartographic materials. After the war, Harris returned to the railroad business where he earned a reputation with various companies as a careful surveyor and a fiscal conservative. When the Philadelphia and Reading Railroad declared bankruptcy in 1893, its primary investor J. P. Morgan, reorganized the company as the Reading Railroad and placed Harris at its head. Harris resuscitated the ailing railroad and earned over 2,000,000 dollars in profits. Harris died in Germantown, PA in 1910.