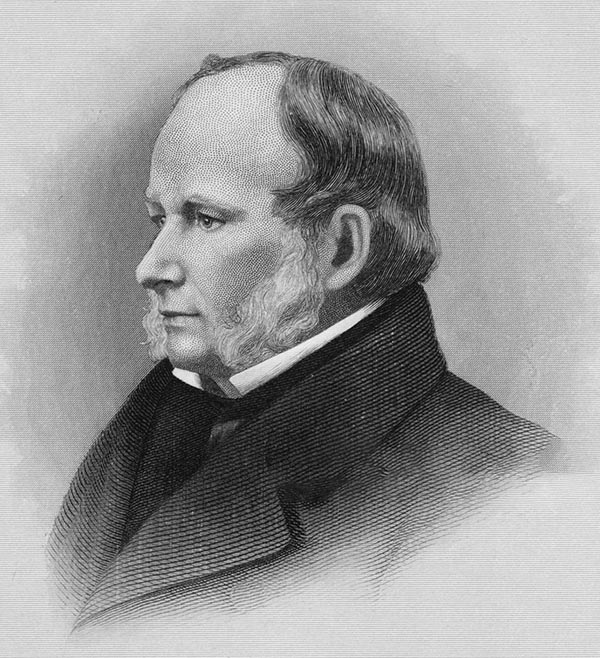 George Whitefield Hatch (1805 - 1867) was an American lithographer, viewmaker, and portraitist, based in New York. Hatch was born in Johnstown, New York, the son of George Whitefield Hatch Sr. (1770 - 1829). He moved to New York city in the Mid 1820s to study engraving and painting under Asher Brown Durand (1796 - 1886). He then moved to Albany, where he was active as an engraver as early as 1831, when he issued works with James Smillie under the imprint of 'Hatch and Smillie'. In 1832, he returned to New York to become a partner in the banknote engraving firm of Rawdon, Wright, and Hatch. Banknote work led him to become a founding partner in the American Banknote Company, of which he was president between 1863 and 1866. In 1853, he partnered with Charles Severyn (1820 - 18??) to found 'Hatch and Severyn,' a new firm specializing in chromolithography. When Hatch's son George Whitefield Hatch Jr. (1830 - 1856) and his younger brother Warner Daniels Hatch (1831 - 1884) joined the firm shortly afterwards, the imprint was revised to 'Hatch and Co.' George Whitefield Hatch Jr. died in 1856, at just 26, Warner Daniels Hatch became a full partner. When George Whitefield Hatch Sr. died in 1867, Warner Daniels Hatch took on full management. The company reorganized in 1872 as the 'Hatch Lithographic Company'. On July 18, 1884, The New York Sun News reported that Warner D. Hatch drowned under mysterious circumstances, possibly suicide. While active the Hatch firm specialized in chromolithography, certificates, trade cards, and advertising. Management fell to Warner Hatch Nostrand, who ran the company until 1889, when it was dissolved under insolvency.