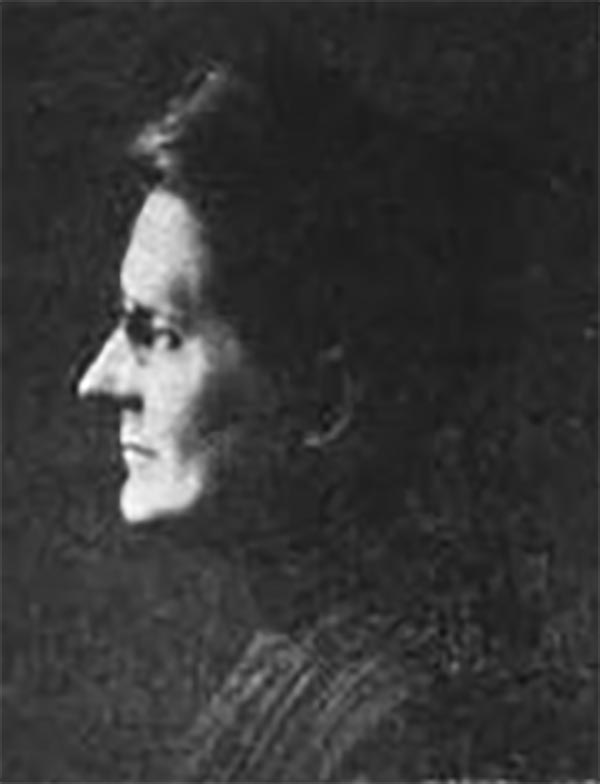 Grace Raymond Hebard (July 2, 1861 - October 11, 1936) was an American historian, political economist, author, suffragist, and professor. Born in Clinton, Iowa, Hebard's father died when she was nine years old. Her mother wanted her and her siblings to receive a college education, so she moved the family to Iowa City, where she purchased a house and rented out half of it as a course of income. Hebard, a sickly child, only attended public school for two years and was homeschooled by her mother for the rest of her education. She entered the State University of Iowa as the only woman in the engineering department. Her studies focused on surveying and mechanical drawing and she graduated with a Bachelor of Science degree in 1882. Not long after graduation, Heard fo8und a job in Cheyenne, Wyoming working for the United States Surveyor General's office. The entire family moved with Hebard to Cheyenne. Hebard worked at the Surveyor General's office until 1889, when the surveying and mapping of the Wyoming Territory was finished. During those years, Hebard took correspondence courses earned a Master of Arts degree from the State University of Iowa, which, intriguingly, did not have a graduate school until 1900, although the school's records indicate Hebard received her Master of Arts degree in 1885. Hebard received an appointment to the University of Wyoming Board of Trustees in January 1891 in large part due to her connections with powerful Wyoming families and her brother's election to the territorial assembly. When she left for Laramie, she became the first person in her family to leave home. She also began a forty-five-year career at the University of Wyoming. She worked as the board's paid secretary and was responsible for producing the meeting minutes. Since she lived in Laramie and six other board members did not, Hebard served as part of the executive committee that oversaw the university's day-to-day activities. Hebard completed correspondence courses in political economy from Illinois Wesleyan University and received her Ph.D. in 1894. She taught a correspondence course in constitutional history during the 1893-94 academic year and also became the secretary for the correspondence school and the agricultural extension school. Hebard was named an associate professor of political economy in 1906. The current political economy professor, Herbert Quaintance, objected to her appointment, and was forced out of the university because of it. Hebard was then given his job and was named head of the Department of Political Economy and Sociology. After being given this position, Hebard truly began to make a name for herself as an historian and focused on the history of the American West with a specific focus on Wyoming. She was a prolific writer and published books about various topics, including the Bozeman Trail, Sacagawea, Shoshone Chief Washakie, and the Oglala Sioux war leader Red Cloud. Even though she was a respected historian, it was apparent that Hebard tended to seek out facts that supported her preconceived ideas. She was a meticulous researcher, but would ignore facts that did not fit into the narrative she wanted to put forward. Even her personal papers, which are housed at the University of Wyoming, make it apparent that she would ignore inconvenient facts and that her work contradicted that of other distinguished historians. Nonetheless, several of her books, including those about Sacagawea and Red Cloud, are still in print today.