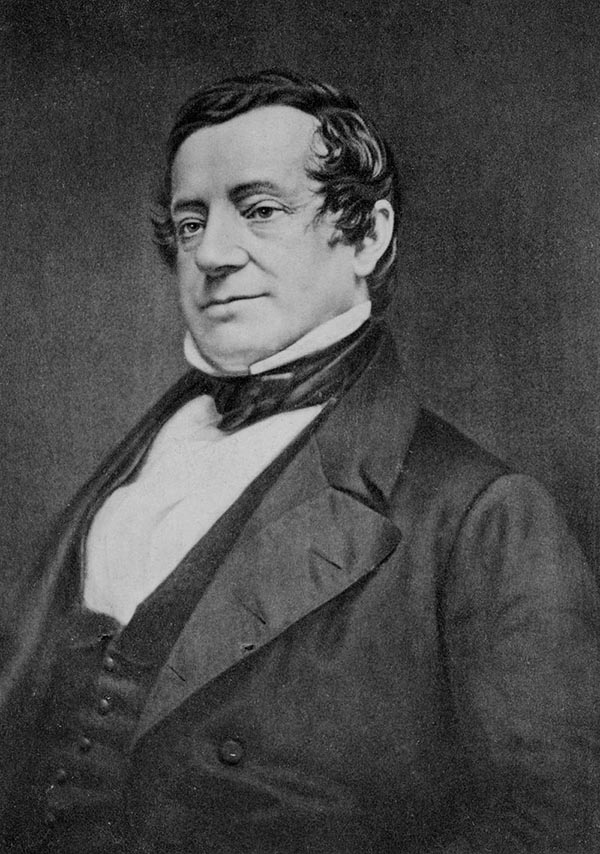 Washington Irving (April 3, 1783-November 28, 1859) was an American short story writer, essayist, biographer, historian, and diplomat. His best known short stories 'Rip Van Winkle' and 'The Legend of Sleepy Hollow,' both of which appear in The Sketch Book of Geoffrey Crayon, Gent. Irving was among the first American writers to earn acclaim in Europe. In 1829, Irving was appointed as Secretary to the American Legation in London, where he became the aide-de-camp. Irving was awarded a medal by the Royal Society of Literature in 1830, and an honorary doctorate of civil law from Oxford in 1831. Washington Irving returned to New York City, after seventeen years abroad, in 1832. In 1834, he was approached by John Jacob Astor to write a history of his fur trading company (colony) in the Pacific Northwest, which was published under the title Astoria in 1836. In 1842, President John Tyler appointed Irving and Minister to Spain, where he stayed until 1846, and began working on an 'Author's revised edition' of his works. In 1848, Irving was hired as executor of Astor's estate and appointed, by Astor's will, as first chairman of the Astor library, a forerunner of the New York Public Library. Irving's final work was a five-volume biography of his namesake, George Washington, which he expected to be his masterpiece. He died on November 28, 1859, eight months after completing the final volume of his George Washington biography. Washington Irving's fame never diminished throughout his life and continues to be one of the most revered American writers. He is credited as being the first American Man of Letters and the first to earn his living solely by his pen.