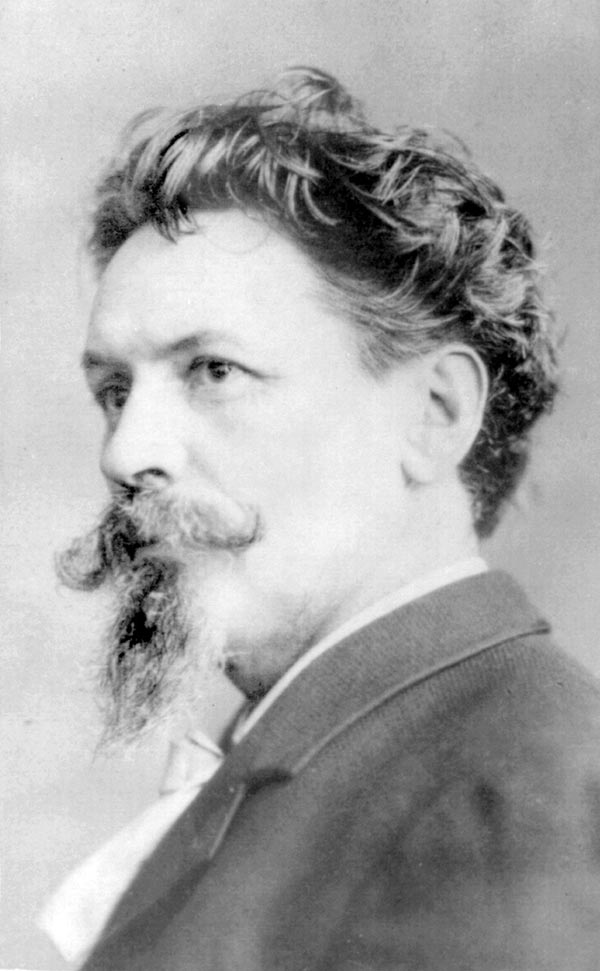 Joseph Ferdinand Keppler (February 1, 1838 - February 19, 1894) was an immensely influential Austrian-born American caricaturist and cartoonist. Born in Vienna, Keppler studied art at the Academy of Fine Arts Vienna and contributed work to the Vienna-based comedy magazine Kikeriki. As he was unable to support himself only with his art, Keppler joined a theatrical troupe and acted as its scene painter and then as a comedian. He earned some extra money as the troupe traveled through the Tyrol and Italy by restoring old paintings in monasteries. He married Viennese actress Minna Rubens in 1864 and he and his wife soon emigrated to the United States to join Keppler's father, who had emigrated to the United States to escape the Revolutions of 1848 and was the proprietor of a general store in northern Missouri. By 1867, Keppler and his wife had settled in St. Louis, where Keppler was working as an actor. He helped start the German-American cartoon weekly Die Vehme in 1869. Die Vehme survived for a year, and was followed by Frank und Frei, which lasted only six months. Keppler founded Puck in St. Louis in March 1871, though this iteration of the magazine only lasted until August 1872. Minna died in 1870, and Keppler married Pauline Pfau in 1871, with whom he had three children. Keppler and his wife moved to New York City in 1872, where he found work in Frank Leslie's publishing house, and Keppler began contributing cartoons to Frank Leslie's Illustrated Newspaper in 1874. Puck was restarted by Keppler and fellow Frank Leslie employee Adolph Schwarzmann in September 1876 for the German-American population in New York, and began printing an English-language edition the following year. Keppler's cartoons, particularly those criticizing President Ulysses S. Grant and his administration, began to generate attention and publicity for the magazine. Keppler's caustic wit and clever adaptations of classical and historical subjects became famous, as did their pioneering use of color lithography. Keppler published a special World's Fair Puck from the World's Columbian Exposition in Chicago during the summer of 1893, a strain that took a terrible toll on his health, and contributed to his death the following year in New York.