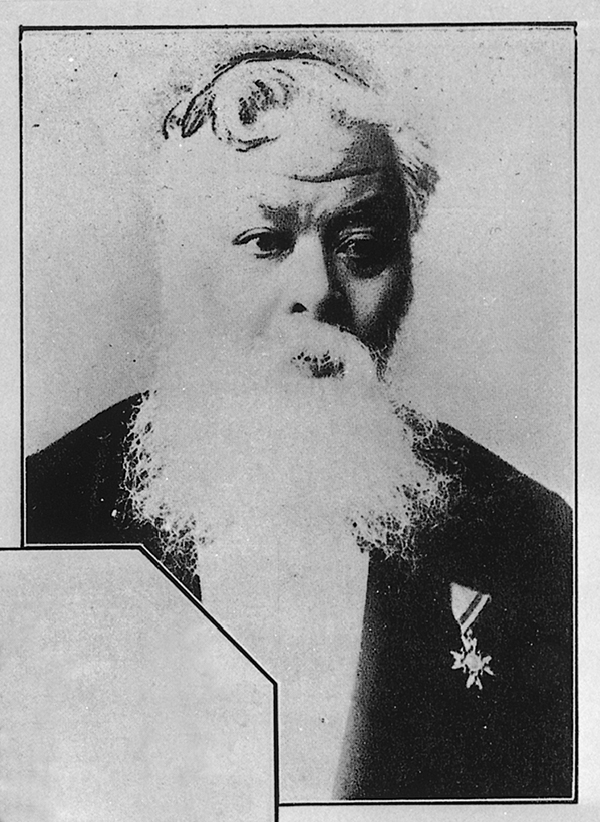 Kishida Ginkaku or Goshika Kishida or Kishida Ginkō (岸田吟香, June 15, 1833 – June 7, 1905) was a Japanese entrepreneur, businessman, educator, and newspaper publisher. He was born in the Okayama Prefecture to a wealthy farming family. Kishida held senior positions with several newspapers, including the Tokyo Shimbun, Tokyo Asahi Shimbun, and Tokyo Nichi Nichi Shimbun. At some point Kishida contracted an eye disease and sought treatment from the American Missionary Hepburn in Yokohama. Befriending Hepburn, they jointly published the first Japanese-English dictionary. In 1877, he left the newspaper business to pursue a career in pharmaceuticals, establishing a branch of his company, Lok Sin Tong. in Shanghai, China. His company's signature product was an 'Eye Water' co-developed with Hepburn. In terms of cartography, Kishida published several maps in association with both his work in China and his newspaper work, including important maps of China, Korea, and the world. Kishida died in Tokyo of heart disease and pneumonia. He was survived by four children including the painter Ryoo Kishida.