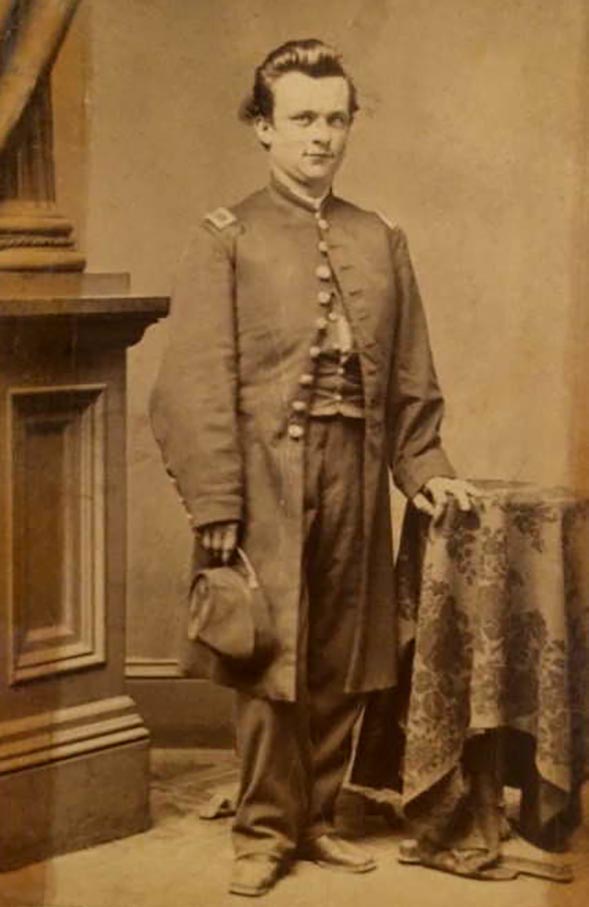 Augustus Koch (October 15, 1834 - 1901), active in the late 19th century, was one of the most prolific and widely traveled artists specializing in American city bird's-eye views. Koch was born in Birnbaum, Germany where, according to his superior officers in the Engineers Office of the Wisconsin Infantry during the Civil War, he received an excellent education. Some have speculated that he may have immigrated to the United States young and been educated here, but this seems unlikely as he retained a very strong German accent throughout his life. Koch enlisted as a private in the Wisconsin regiment during the American Civil War. He applied and was approved for an officer's commission in 1863. He was assigned as engineering officer to one of the black regiments serving in the Lower Mississippi Valley. There is produced several maps including one of Vicksburg. Koch started producing bird's-eye views after the Civil War with his first published view, Cedar Falls, Iowa, appearing around 1868. Koch may have apprenticed with Albert Ruger, another important Wisconsin view maker, and it may have been Ruger who introduced him to Joseph Stoner, who published many of his most significant views. According to John W. Reps, in Views and Viewmakers of Urban America (Page185),

Koch drew his cities with considerable care, consistently depicting his subjects as if seen from very high viewpoints. The horizon lines appear close to the tops of the images, and the body of each print is thus full of urban detail. Koch also used a distinctive format, making his horizontal dimension not much greater than the vertical.

The date of Koch's death is unknown. His career saw the publication of some 110 views in at least 23 different states.


Out of Stock Maps