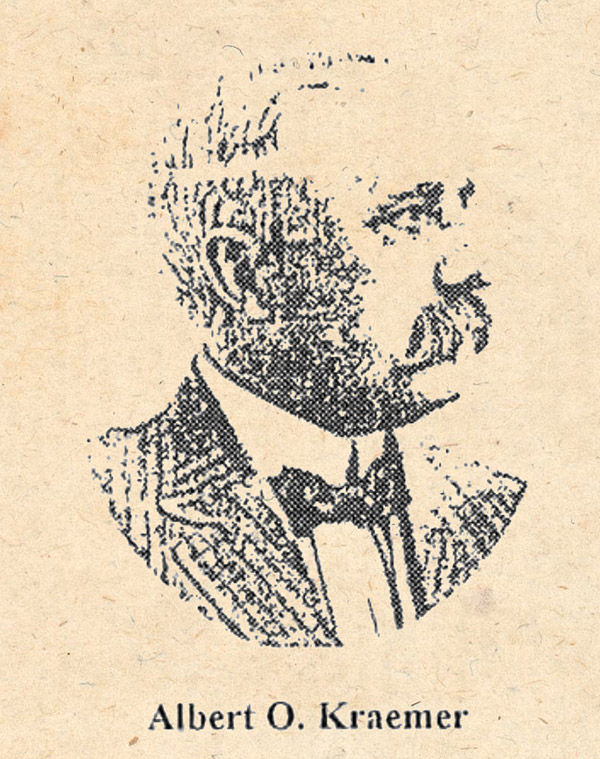 Albert O. Kraemer (January 4, 1865 - February 4, 1926) was a Cincinnati-based German-American printer active in the late 18th and early 19th centuries. Kraemer was born in Lancaster, Ohio. From about 1884, he was initially in business with his brother Gustavus Adolphus Kraemer (1860 - 1922), publishing under the imprint of A. 0. and G. A. Kraemer from 35 east 3rd Street, Cincinnati. His first major work was the 1898 publication of Picturesque Cincinnati. In 1902 he arranged the New York printing of a stunning large-format view of Cincinnati engraved in prison by the notorious counterfeiter Charles F. Ulrich. From 1902 he was the head of the 111 East 3rd Street based Kraemer Art Company, which issued postcards and views printed in Cincinnati, but retouched and finished in Germany.