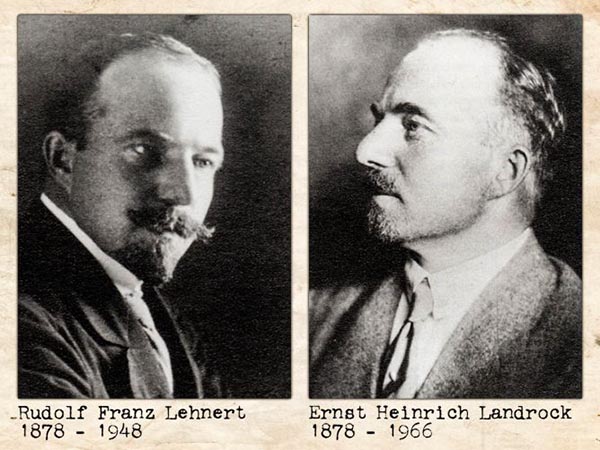 Lehnert and Landrock (fl c. 1910 - c. 1940) is the imprint of a North African photographic publishing company active in the early 20th century. The firm, which published out of Tunis, Leipzig, and Cairo, was founded by Rudolf Franz Lehnert (July 13, 1878 - January 16, 1948) and Ernst Heinrich Landrock (August 4, 1878 – April 30, 1966). The duo are best known for their 'ethnographic' images of topless North African women, particularly Bedouins, many of which are teens. The images are borderline erotic and today controversial, but were very popular in European salons of the time. Today they are heavily criticized for their stereotypical presentation of North African life that, some claim, reinforced racist assumptions. Their cartographic work is limited to a couple of pictorial guide maps to North African tourist sites, such as the important Alexandria-Aswan corridor. The bookstore they founded still exists in Cairo at 4 Abd El-Khalik Tharwat, Al Fawalah, Qasr an Nile, Cairo.

1935 Lehnert and Landrock Map of the Nile River - Alexandria to Aswan - Egypt.