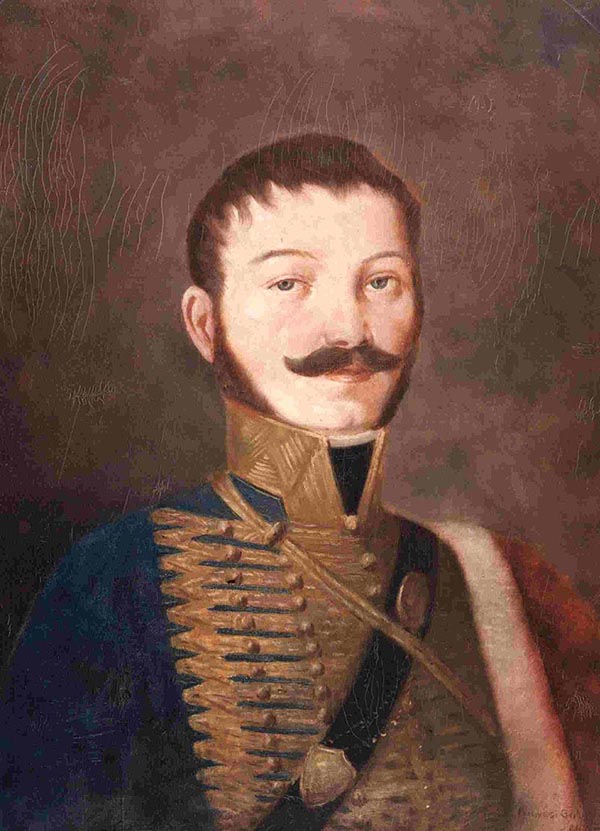 Janos Lipszky (April 10, 1766 - May 2, 1826), also known as Joannes de Lipszky or Jan Lipszky, was a Hungarian Hussar Officer active in the late 18th and early 19th centuries. Lipszky was born in Trencin Szedlicsnan County (now part of Trencianske Stankovce), Hungary. He studied in several well respected schools including the Trencin Piarist School and the Lutheran Gymnasium of Bratislava. He joined the military as a volunteer cadet shortly after graduating. During his military career Lipszky participated valorously in various campaigns associated with the Napoleonic Wars. In the early 19th century, Lipszky was assigned to a military commission under Colonel Neu to produce a highly accurate map of Hungary. Backed by both imperial and Hungarian authorities, Lipszky had unprecedented access to the most recent measurement, astronomical observations, and other data from the Festetich Family Archive. His great map, published in 1806, is the largest and most detailed engraved map of Hungary ever produced, and remains an essential resource for researchers of Hungarian history. Lipskzy died from a fever on the family estate at Szedlicsnan in 1826.