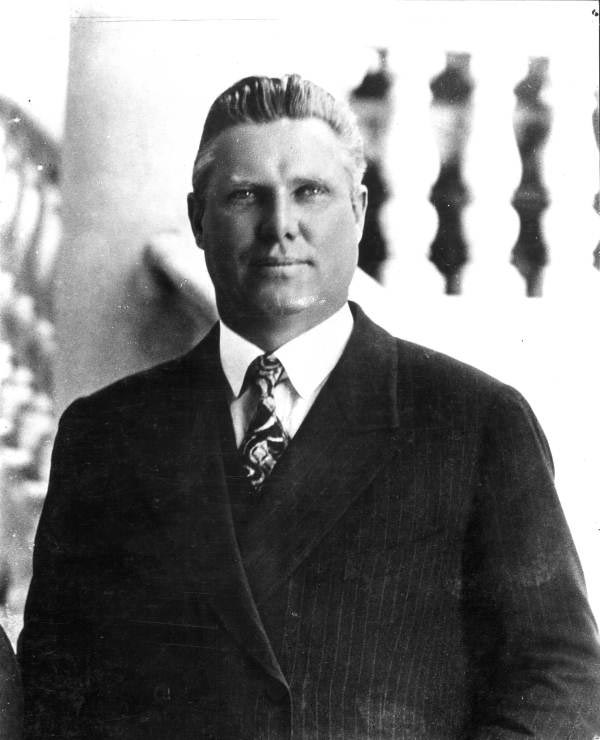 George Edgar Merrick (June 3, 1886 - March 26, 1942) was a layer and Florida real estate developer best known for founding and building Coral Gables, near Miami. Merrick was born in Springdale, Pennsylvania, the son of a Congregationalist minister. His family moved to Miami in 1898, when he was 12. He studied law at Rollins College in Winter Park, Florida. When he graduated he set up a law practice in New York City. When his father died in 1911, he returned to Miami. He was appointed County Commissioner in District 1, in charge of developing the transportation infrastructure of South Florida - including the area that would become Coral Gables. He had earlier inhered some 3000 acres of citrus groves just southwest of Miami. From 1922, Merrick assembled a team and began transforming the citrus plantation into a new town following the principles of the City Beautiful Movement. This was the origins of Coral Gables. He built thousands of Mediterranean style homes, the grandiose Biltmore Hotel, expansive golf courses, and more. He is credited with Coral Gables' distinctive Spanish colonial architecture, for which he was granted the Order of Isabella the Catholic by King Alfonso XII of Spain. In 1925, he established the University of Miami in Coral Gables, donating some 600 acres of land and endowing it with five million dollars. The Great Depression ended the Florida Land Boom and hit Merrick's interests hard. By 1928, he was steeped in debt and forced out of management of Coral Gables. He retired to Upper Matecumbe Key, where he opened his Caribee Club. Further misfortune hit in 1935, when the Labor Day Hurricane destroyed all of his assets there. He never recovered and died in Miami in 1942.