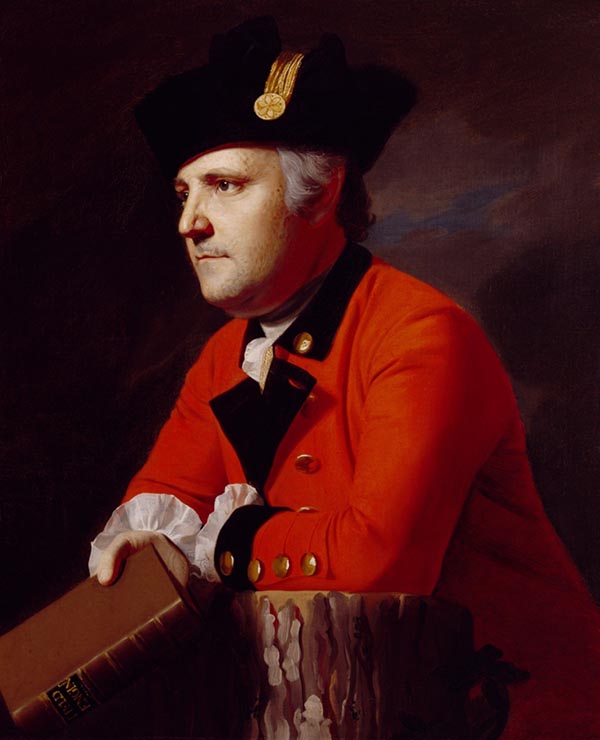 John Montresor (April 22, 1736 – June 1799) was a British military engineer and cartographer. He was born in Gibraltar to military engineer James Gabriel Montresor. Although educated in England, he learned the rudiments of his future trade from his father, working as his assistant. The two came to America in 1754. The next year the young Montresor served as ensign on the disastrous Braddock expedition, in which the British failed to capture the French Fort Duquesne (Pittsburgh) during the French and Indian War (1754 - 1763). Montresor was wounded in the debacle, but nonetheless recede a promotion to Lieutenant. Upon recovering, Montresor went on to serve in northern New York, and accompanied British forces to Halifax. In 1758, commissioned to the Corps of Engineers, he was present at the sieges of Louisbourg and of Quebec (where he drew one of the last known portraits of the doomed General Wolfe.) Following the defeat of the French, the language-handy Montresor was sent as far afield as Cape Breton to elicit oaths of allegiance from Francophone Canadians. During this period, he surveyed and prepared maps of Acadia, the Saint Lawrence River, and of the Kennebec River. He designed and built fortifications in the vicinity of Niagara Falls. As resistance to the Stamp Act built and the Revolution loomed, he surveyed the boundaries between New York and New Jersey. In 1765 in a New York embroiled with Stamp Act riots, Montresor was tasked to draft a plan of the city in order to assist in quelling a full insurrection should it occur. The climate being hostile, Montresor carried out his surveys covertly. The onset of the War found him in Boston; he marched in relief of the British troops who fought at Concord, and took part in the Battles of Long Island and in the 1777 campaigns in New Jersey and Philadelphia, where he launched the attack that destroyed his own Mud Island defenses. Despite his twenty three years of service, he watched as others were repeatedly promoted ahead of him as chief engineer, and he was never promoted beyond Captain. Embittered, he resigned from the military in 1779.